Letters to support the appointment of Professor Finlay Freundlich, Renate Mackay’s adoptive father, to a Professorship in St Andrews. 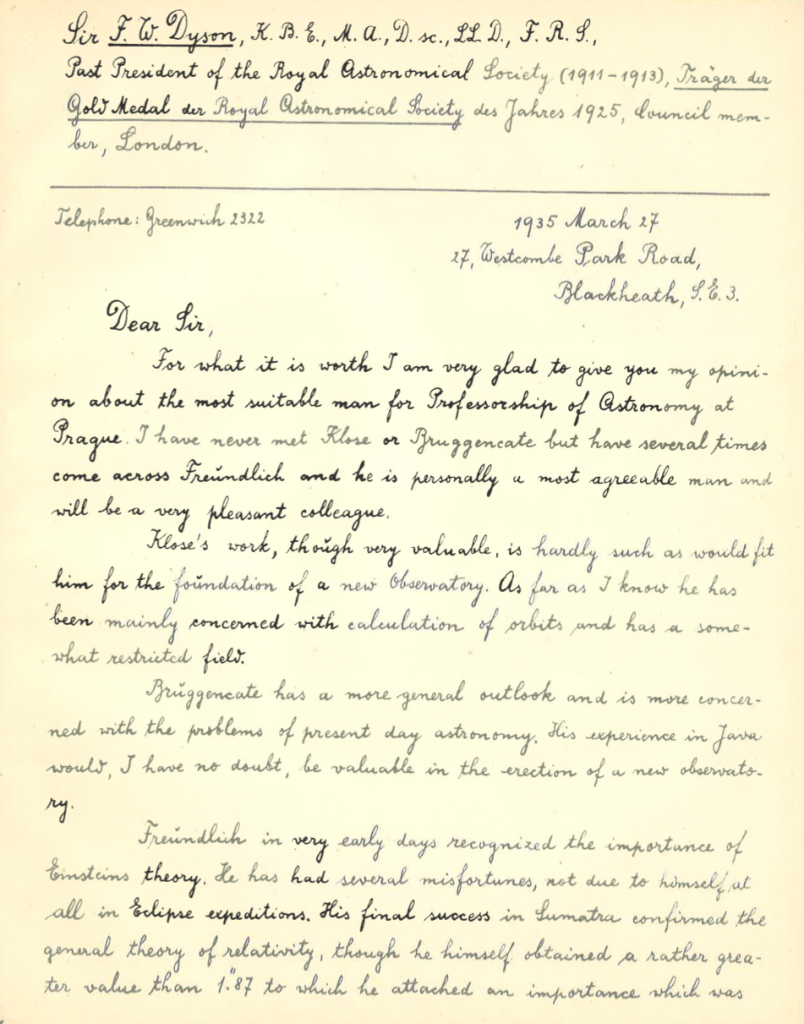 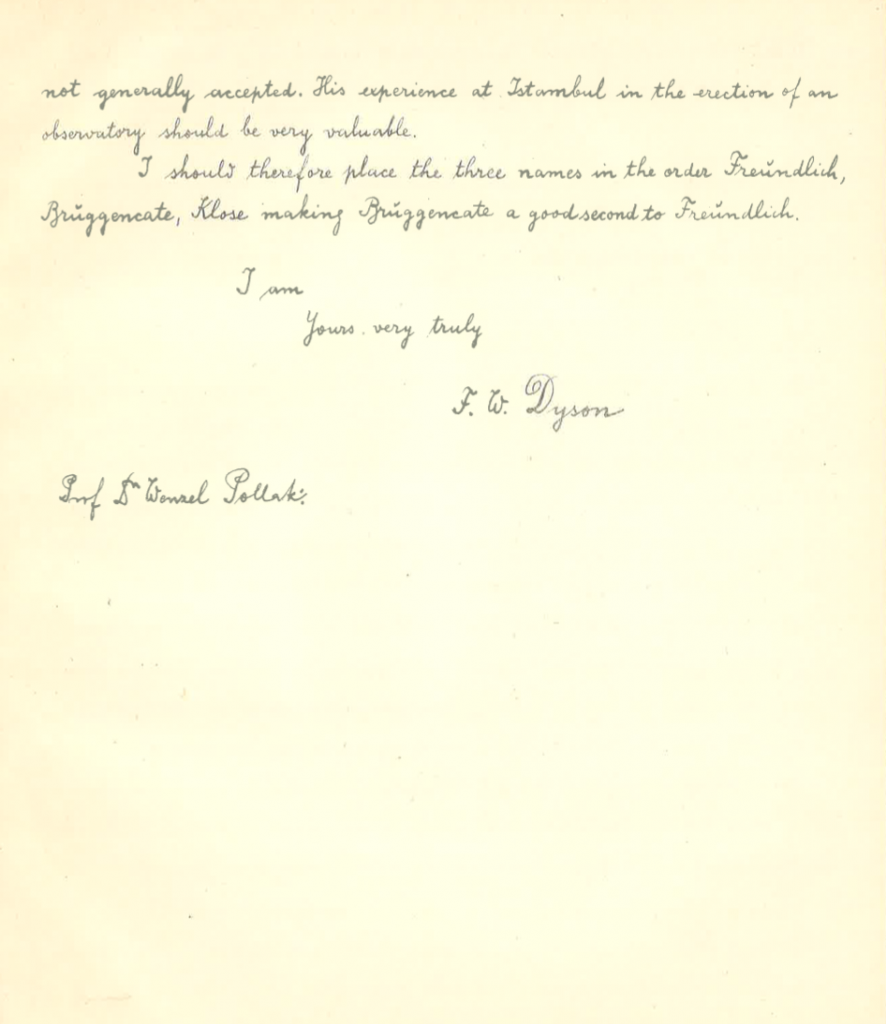 Letter: 3 – Prof EA Milne, astrophysicist at Oxford University who worked on implications of the theory of relativity. 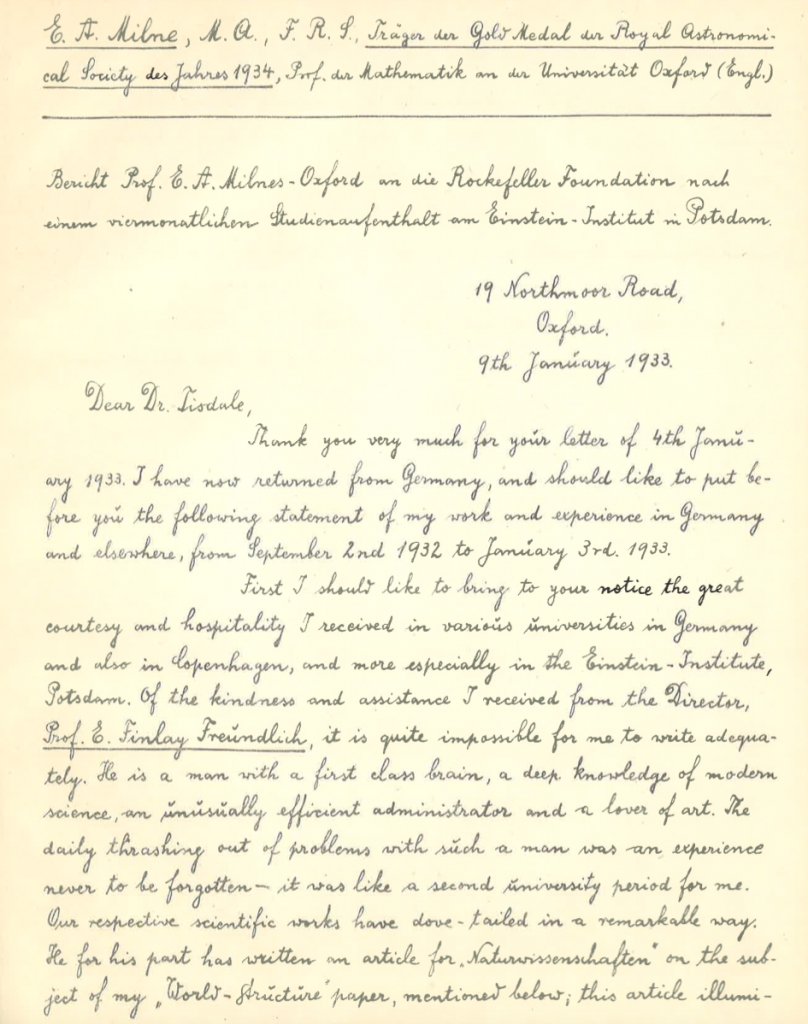 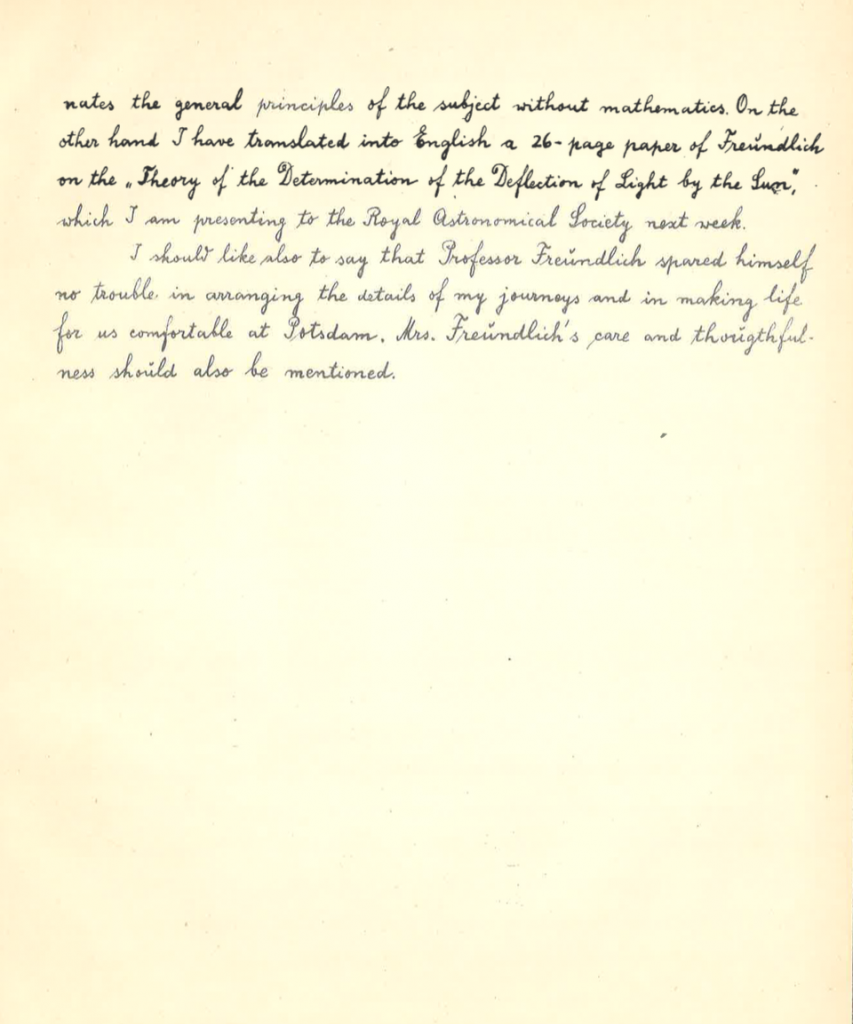 Letter 4 in German – Prof Albert Einstein, Nobel Prize winner and originator of the theory of relativity. 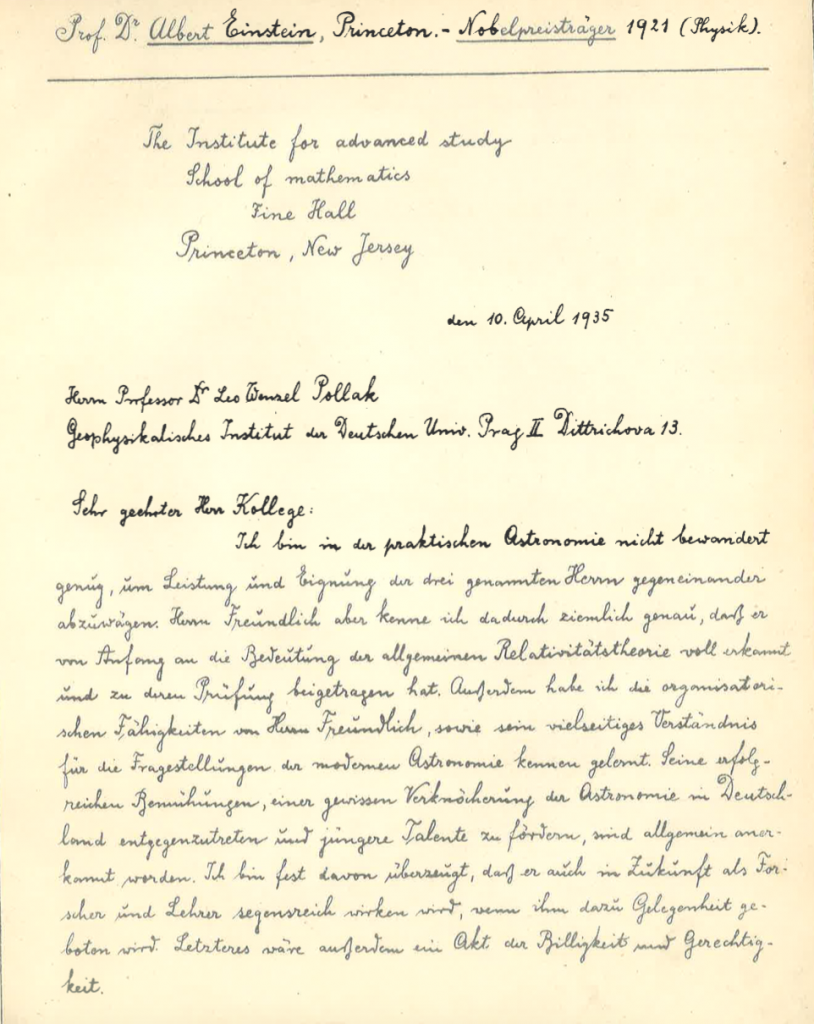 Letter: 5 – Dr Otto Struve, Russian born astronomer who worked in America and was one of the most important astronomers of the 20th century. 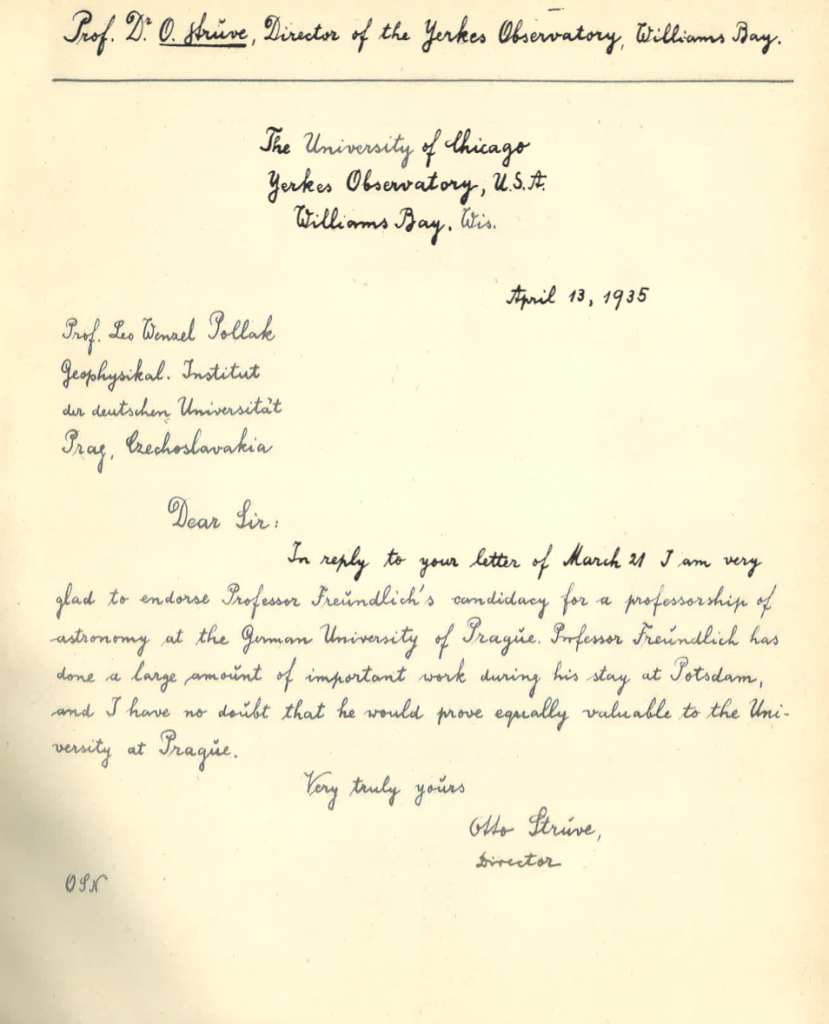 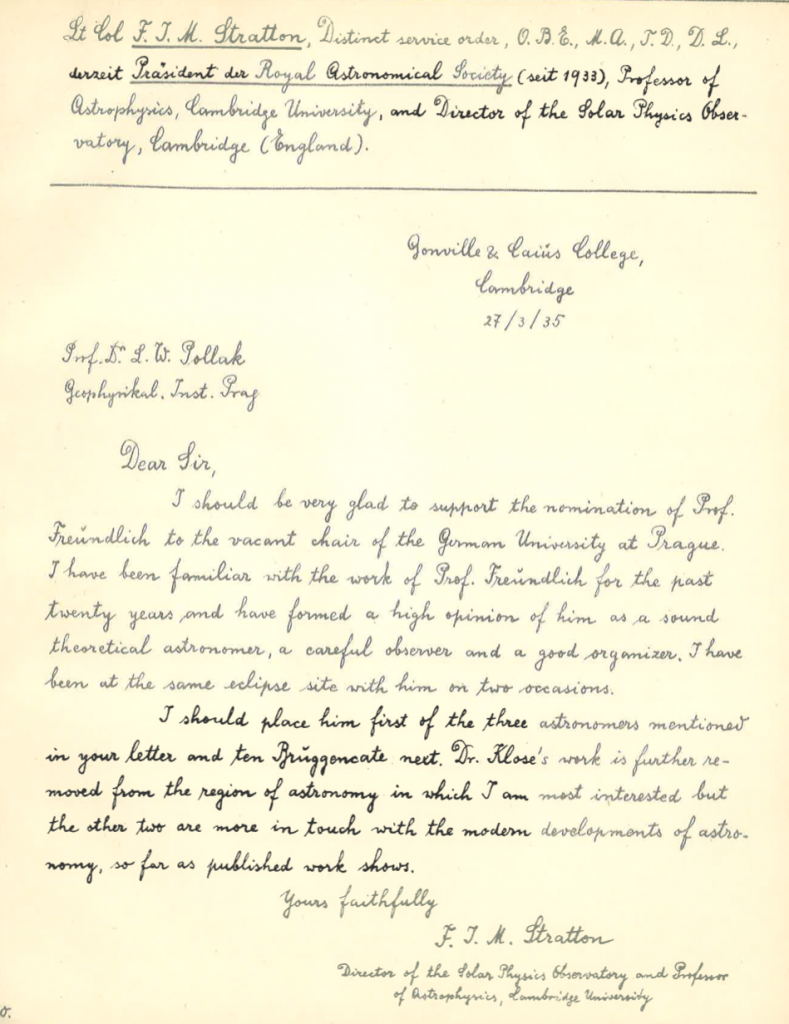 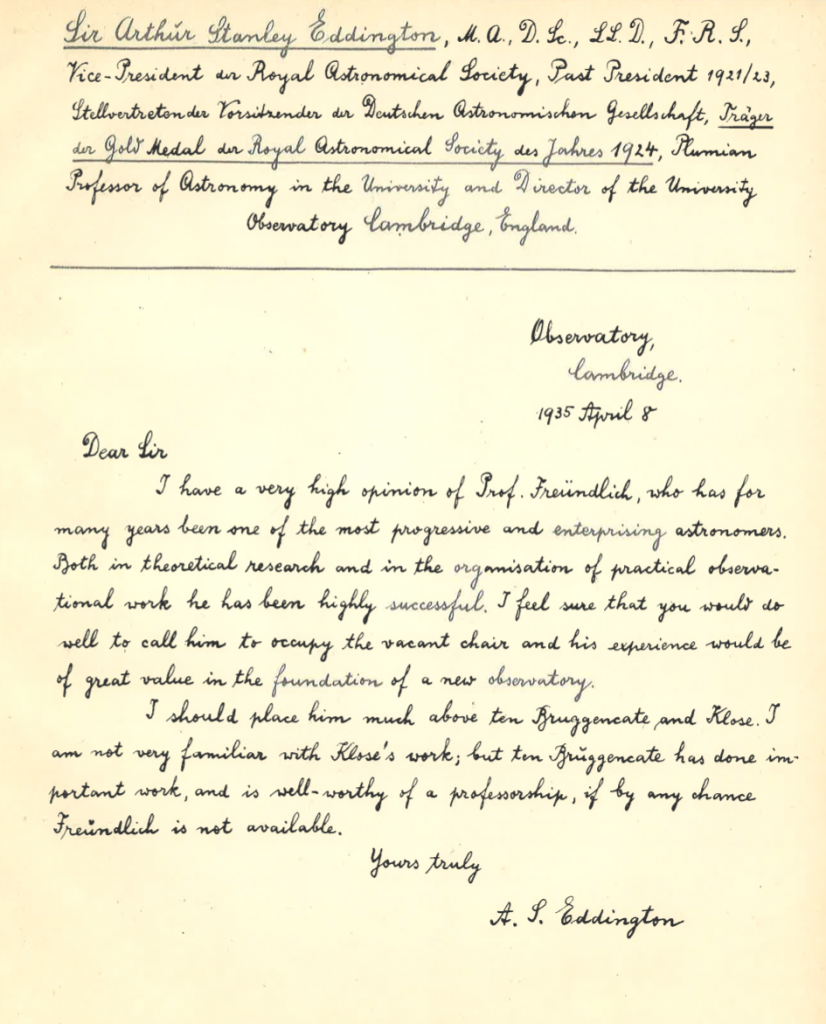 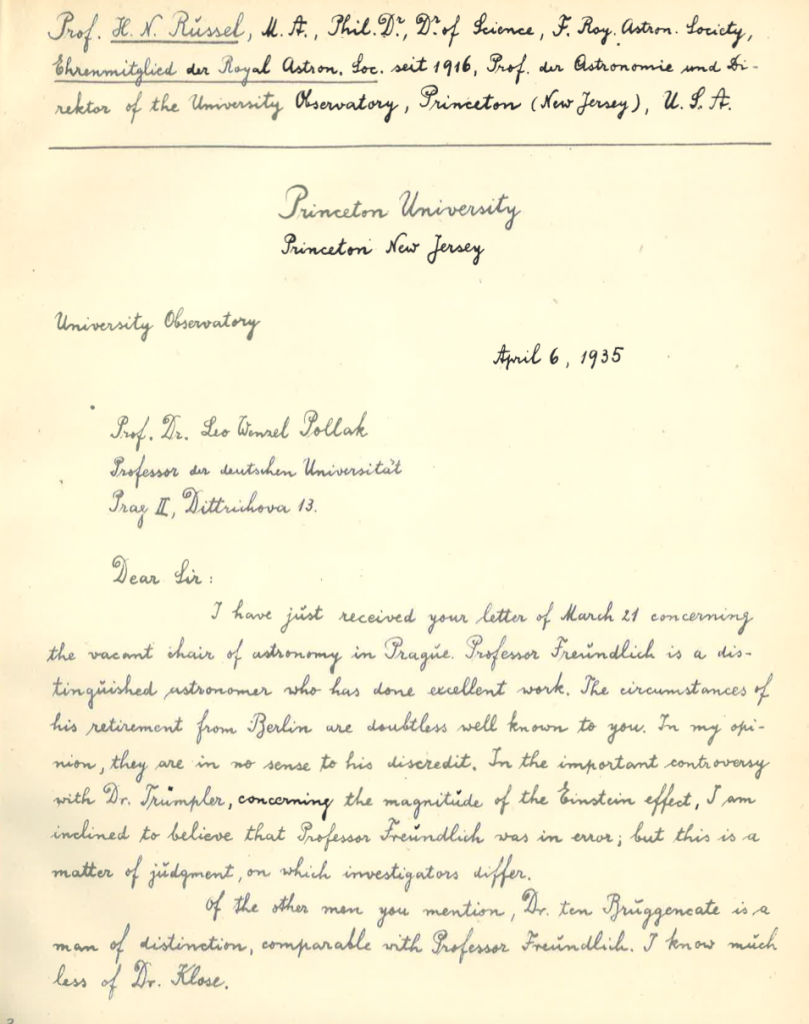 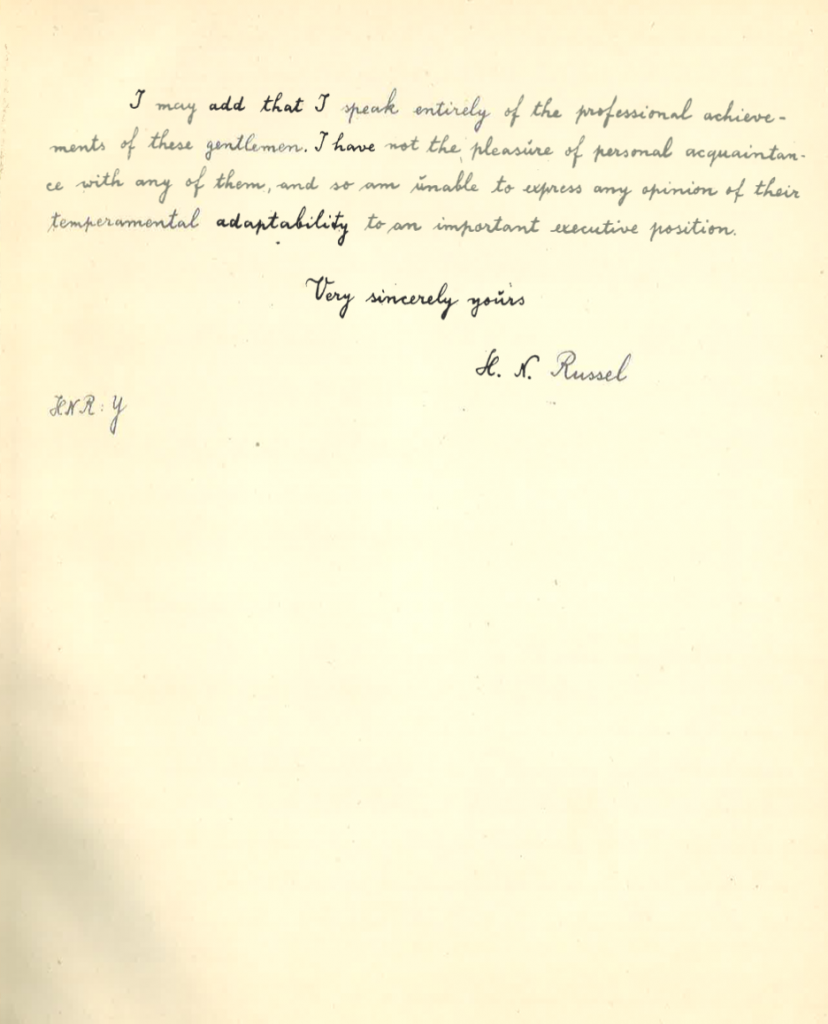