Isi talks about taking architecture students to Berlin and the importance of differing housing design. He is proud of the body of work done by firm of architects here in Glasgow. He reflects on the enigma of what may cause anti-semitism.

IM: If you go to Berlin (which I do, which I did every year with my students) they all bloody well speak English.

INT2: When you go to Berlin what aspects are you looking at in architecture?

IM: Mostly for the students?

IM: Housing. German housing has been a succession of contradictory ideas. In the Victorian equivalent or the late Georgian equivalent, they had a particular type of building and then, it was, they then built a housing block which is unusual. It’s a series of courtyards. It’s quite famous – the Berlin housing.

IM: They used to call it the ‘Barracks’ And it’s a pretty low standard but I think compared to what was previously there… Take Glasgow, tenements were great improvements on what happened in the 18th early 18th century. They did the very same in Berlin although the standards of the tenement housing were much better here than in Berlin housing, where the outside rim on the street was occupied by middle-class families, as you got deeper into the block it was working class and poverty-stricken people.

And that was a characteristic of that housing and then there was other housing. Germans have, Berliners have, a succession of experimental housing exhibitions. So every one of these was a reversal of the previous one. You know the next one was like sort of Siemensstadt really. Siemens, the big industrialist. He built housing which was more or less like tenements but un-urban in a way. Unlike Glasgow, where the tenements are in a very urban structure. And then they had various things and each one of them was a denial of the previous attempt and ideal housing. That makes good examples for students – to look at these different ways of attempting to, to deal with the housing problem.

INT: It’s interesting you say that they all aspired to the ideal tenement block. Did they?

IM: They always aspired. Well, not only the tenement block but as I say, ultimately, yes. I mean, my own view (for what it’s worth) is that when people look at all kinds of housing ideas (even inside the garden city and that sort of thing) in a city dwelling, a dense urban pattern, it always comes back to a tenement-like thing.

INT: You can get more in a smaller area, yes.

IM: So Berlin was a very good place to, to take students studying that kind of housing development.

INT: So we were wondering if looking back over your long life, from your experiences here both in career and in your personal life what would you say were the highs and lows of all these coincidences that have made up your life?

IM: Well obviously I have to say that the high of my life was my architectural career which had, shall we say, its high points. I mean, recently, a few years ago, couple of years ago, when the office stopped we gave our archive to the Glasgow School of Art and it’s a significant archive. Not because it’s good work, some of it’s good work, some of it isn’t. Well, most of it’s good-ish. But because our office was in practice, stopped practice just when practice changed drastically. When computers became important.

IM: All our drawings are hand-made drawings and we gave them the whole office with all our files and whatnot to see that’s what an office in 1945 was like. I don’t know what they’ve done with it.

But anyway, as a result of that, they had an exhibition in the Lighthouse of our office work from 1956 onwards (when we took over the running of the office) and that was probably, I would say the high point, I mean it… it summed up for the first time our significant contribution. We won lots of awards – RIBA awards and Civic Trust awards but we were, Andy McMillan and I were (well, we still are) well known figures in the architectural profession. In the whole country not just in Scotland and recognized as such. So obviously my architectural career from onwards of ’56 until about, I would say, middle 80s were the time of my life – enjoyable times. Architecture is a great profession if you’ve got work and you’ve got understanding clients. And you don’t need or want to make a lot of money – that helps too. But yes, it was good. Very good.

INT2: And Danni you’re not, did you have a different profession? Because obviously you’re not, you weren’t in architecture?

INT2: Which is very important.

INT: Which is very important

INT2: Without trade we don’t manage

INT: Yes. People like you pay for architects, I would think, in the end

INT2: So you’re also meant to say another high of your life was obviously meeting Danni as well

IM: Well that was my social life. Yes it was and I’ve got a nice family

DM: But I suppose, I went to Glasgow University and I was in the Jewish Student’s Society so I actually know a lot more of the Scottish Jewish people than Isi does.

DM: Through that connection.

INT: Do you think that living in the West End, it’s a different world anyway? There’s sort of two Jewish communities aren’t there?

DM: I think so

DM: I think so. But I suppose, most of our friends were refugees as well but they’ve died off, you know. Quite a few.

INT: It’s interesting because even though you say that you integrated, there is something that brings people with similar experiences together, isn’t there?

IM: Oh yes, yes. As I say I’m not shying away from that, but limited interest. I’m not nostalgic about Berlin. When they hang a little label on to you at the Kindertransport, I object to that, a wee label saying Berlin. It doesn’t matter, it was just important to me that I was out of Berlin. Or for that matter, I don’t know any people here whom I knew in Germany.

IM I mean the people I know in Berlin, there’s quite a lot, they are young people (or young by me,) they were students. Because I got my students to live with them because it was cheaper. So I met quite a few young Germans and they’re very, shall we say, interested in what happened and very angry with their parents for either being involved or not talking about it because the Germans, the Germans don’t talk about it and these young people never stop questioning me about what happened and… So they’re very pro-Jews, pro-Semitic and I think that’s quite genuine and sincere but the parents would never talk about what happened to the Jews or what happened during the war.

So it was quite interesting for me the amount of interest they took in war time or the pre-war period.

INT: That is interesting. They, of course, didn’t experience the horrors of the war and Versailles and all the things that were blamed on Jews and I think

INT: It must have been quite hard to, to rise above that at the time

IM: I’m not sure it was that hard. But I mean, I can’t, it’s… the phenomenon of anti-Semitism is too baffling. Why the Jews were picked out to be blamed for something I have no idea but even here they’re blamed for it. I don’t mean, I mean every time there is a Jewish person involved they always tell you ‘he’s a Lithuanian Jew’ ‘he’s a German Jew’ ‘He’s a…’ And not necessarily hostile, it just trips off the tongue easily. So it’s difficult to understand this phenomenon. Don’t think I haven’t been thinking about it for my whole life. But I still don’t get it.

INT2: I know. Why are we of such interest?

IM: I don’t understand it

IM: I mean, I say anybody who recognizes you as being Jewish in dealing with you is an anti-Semite. Even though he is a friend, there is always this feeling that being Jewish is something special and different and you know…. it’s very odd. Even my best friends – they aren’t anti-Semites I assure you, but they still have this feeling they are dealing with something very exotic, which they think they are very brave to take as equals, I think,. They don’t say that of course. While I say this, I want to emphasize that I’ve not had overt anti-Semitism addressed to me.

Links to Other Testimonies by Isi Metzstein 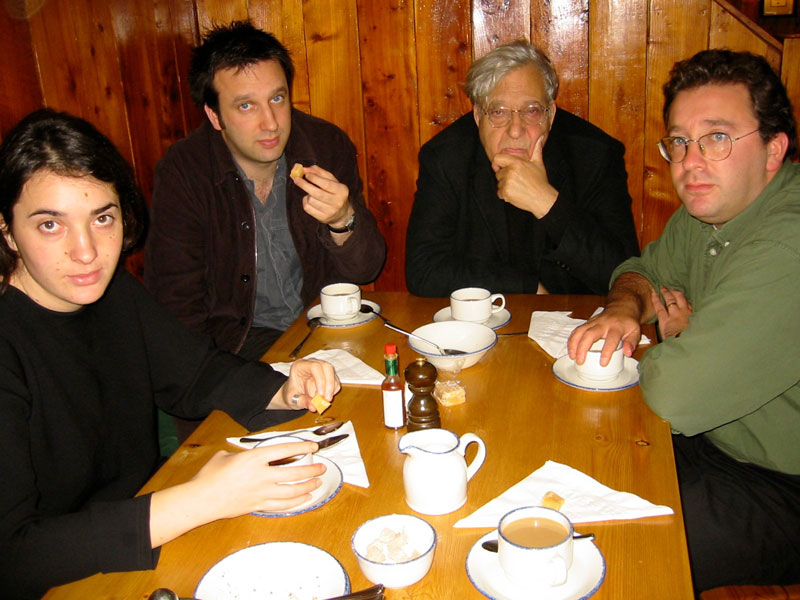 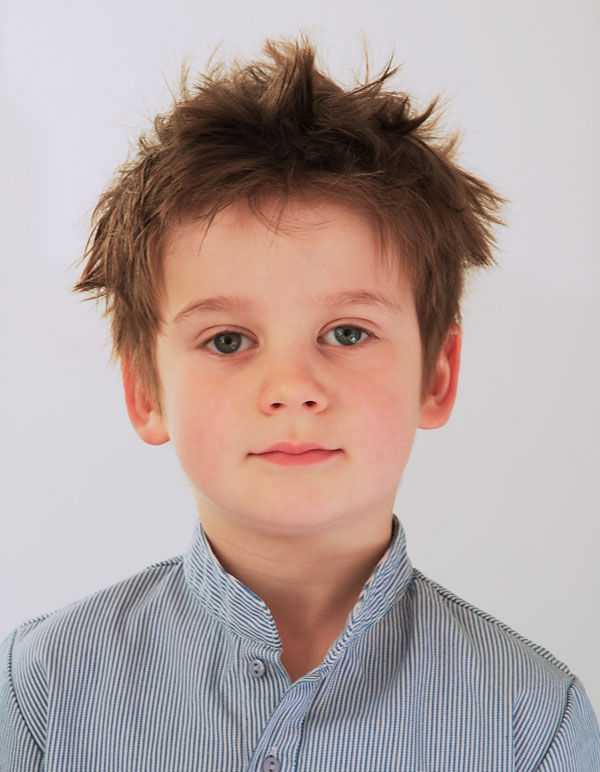 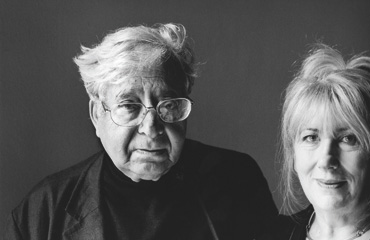 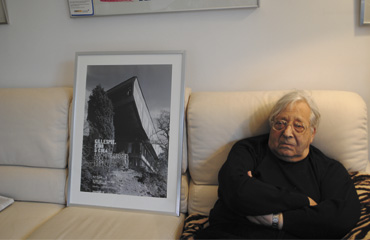