Joe talks about his father’s military career. He explains why a chance encounter brought him and his mother to Scotland.

INT: So how was it you came here to Scotland? What happened?

J.C: My father had been in the military cadets which was part of university life in Warsaw during the 1921 attacks by the Soviet Union on Poland, when Lenin tried to capture, to take back countries that had come under the Tsarist Russian domain if you like, and Lenin tried to recapture barrier/buffer states like the Baltic States and Poland and bring them back into the Russian sphere, the Soviet sphere.

And so my father fought in 1920 as a cadet from university. So when war broke out in France there were many Polish workers working in France in the mines and the factories and my father was called up and, called up by the Polish forces, and it was with the Polish army, who didn’t capitulate at the same time as the French, but escaped and came to England.

INT: I see and what happened then?

J.C: Well the Polish army went off to wherever the army was sent, [Joe explained his father was sent to Tentsmuir-Leuchars, to build defences against possible invasion from Norway] and any civilians who were with the Polish army, like my mother and myself, were billeted. The government had organised homes for us where people had room in their home. They determined who had room and they would have to give up a room for somebody who came with the army.

INT: I see. And your father, did he stay with the army group?

J.C: Yes he was away and we ended up in London in the home of a Jewish lady. My mother of course couldn’t speak English.

J.C: And I was only three; I think I was just speaking French then.

INT: That must have been very frightening.

INT: So who decided that your mother should leave France? Was it…?

J.C: Ah, that was chance. My father had rented a property in the south of France when, somewhere around the outbreak of the war, for us to… for us to go and hide away because we were living so close to the Belgian border and Germany.

And when my father was called up we all escaped to Paris in a van with other families, other Jewish families.

And in Paris when the army was… I mean I’m guessing because a lot of it I don’t know…. but the army seemed to form up in Paris to go, to escape by rail. And my father was saying goodbye to my mother and me and he was sending her off to this safe place somewhere in the south of France when a Polish officer approached him and said, ‘Why are you saying goodbye to your wife and child? Get them on the train. We’re leaving the country. Get on this train!’

And my father, who did speak French, was in the locomotive forcing the driver to run the train, because by that time the Germans were already in the north of France.

And the train went down towards Biarritz to Saint Jean de Luz where there were two Polish liners, the Batory and the Sobieski, and on the night of the 21st/22nd June 1940, fishing boats were taking the Polish army out to the ships because Saint Jean de Luz is just a small fishing port and the boats were too big to come in. And we were ferried out. No luggage; any luggage that we had had to be thrown into the sea and so we came with nothing.

INT: So would there have been other families then?

J.C: Yes there were and we, my parents kept connections with other families.

INT: Is that right?

J.C: Yes and I still know one lady in Woking.

[The lady was called Giselle Zafraniec and married Alan Segar] who is the same age as me, whose parents came at exactly the same time.

INT: And yet you’re here in Scotland so what happened?

J.C: Yes well the Polish army came up to Scotland to defend the eastern seaboard from invasion from Norway and so my father managed to get us moved up too. So we lived in billets all over the east of Scotland: Lossiemouth, Elgin, Dundee, different places, Falkirk. In fact near the end of the war we were in the west, in Kilwinning in Irvine. We moved all over the place.

INT: So they must have realised that trouble was on its way at that point?

J.C: Well they didn’t want to go back to Poland.

J.C: And I think they wanted to make their life in France. And I don’t think it had much to do with the rise of Nazism at that stage. I don’t know. I have no idea.

INT: So do you think they ended up staying here because he got work here?

INT: Or did he always intend to?

J.C: Well yes, he was …as soon as, even before the war ended he was offered work at NB Loco in Springburn because we were staying, our last billet was, after the war, in Glasgow. And we were staying in the same flat as the chief draughtsman of NB Loco.

INT: Did many of your… Did you know what happened to your other relatives? To your cousins or…?

J.C: Yes, my father had a brother who ended up in Australia.

He and his family escaped east when the Germans invaded Poland, so from Warsaw he went to Eastern Poland and then two weeks later the Russians of course invaded Poland so he was deported to a camp with his wife and daughter. And we know of other people who suffered a similar fate; by escaping from the Germans they then fell into the hands of the Soviets. The Soviets…at least the Soviets didn’t discriminate; everybody was just shipped off to slave labour in Siberia. And then when it was decided that Poland was fighting with the Soviet Union, in other words when Hitler attacked Stalin, the circumstances changed and a lot of people were released from the labour camps and my father’s brother’s family came out through Georgia and what was Persia then.

They ended up in a displaced persons camp in France where my cousin met her husband and they all got on to some ship going to Australia. And my father at one stage, when he had found them (he had started looking through the Red Cross and things like that) was looking for work in Australia before he got work in Glasgow.

INT: So your friends would have thought that was exotic as well?

Links to Other Testimonies by Joe Cent 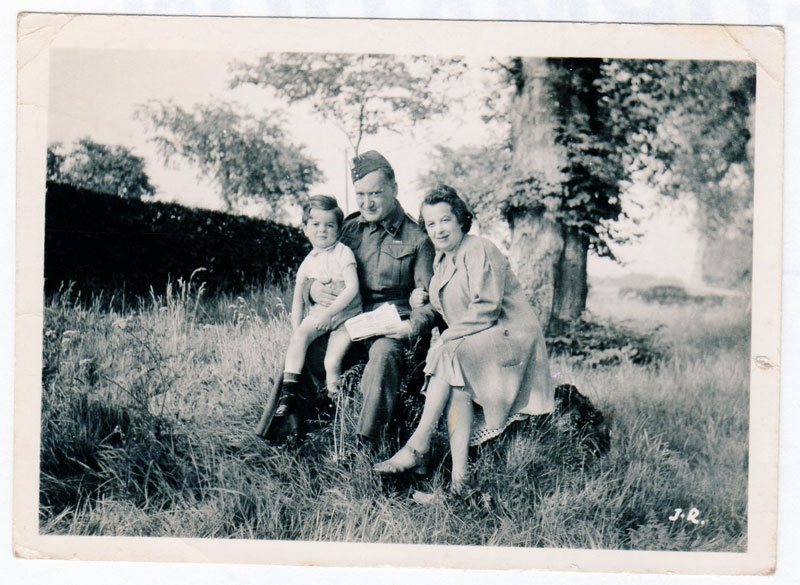 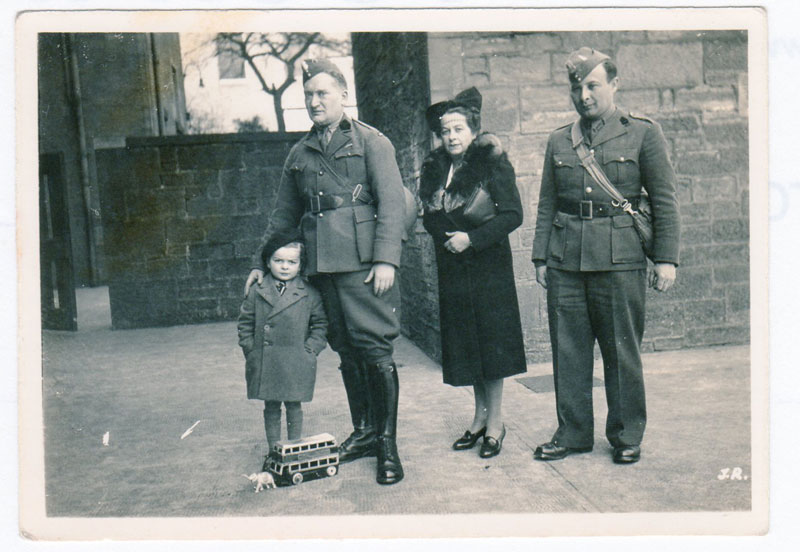 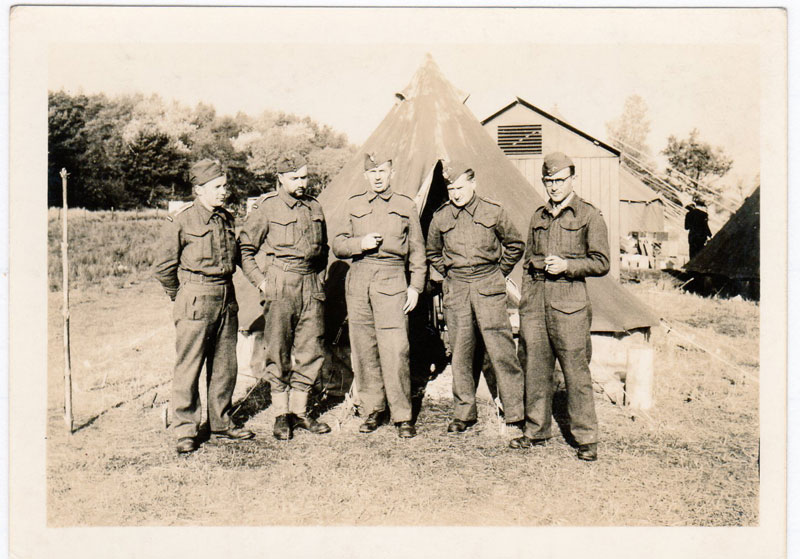 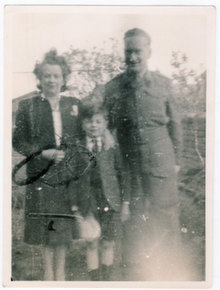 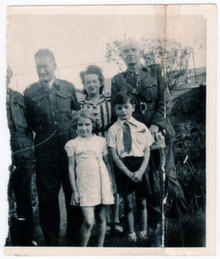