Henry Wuga describes his life at school in Nürnberg in the 1930s and as an apprentice in a Baden Baden hotel. He gives an eye witness account of Crystal Night (1938) in his home town.

INT: Henry, can I ask you first of all when and where were you were born and what was your name at birth?

H.W: My name at birth was Heinz Martin Wuga. I was born in Nürnberg, Germany on the 23rd of February 1924.

INT: OK. When did you arrive in Scotland?

INT: So what age were you then?

H.W: Fifteen and a half

INT: Yes. How did and why did you come to Scotland?

H.W: Well we came to Scotland because we had to get out of Germany – this is fairly obvious through what went on there especially coming from the town of Nürnberg where the notorious Nürnberg laws were promulgated in 1935.

At home I had a very nice upbringing with my father and mother, I’m an only child. But my mother, coming from a catering background (My grandfather had a brewery) my mother decided at the age of fourteen I would, I should leave school.

She said ‘You better learn something, you’ll need it’. And I became an apprentice in a very strictly kosher hotel in Baden Baden in the Black Forest, at the age of fourteen. And I was only there six months up until Kristallnacht. I learned a lot but that stood me in good stead.

INT: What about your parents Henry?

H.W: My parents. My father Karl Wuga came from Austria, my mother Lore Wurzburger came from Heilbronn, Württemberg. They, they got married in the early twenties as, after my, I believe my father was a prisoner in the First World War in Italy and then obviously they got married and I came along in 24.

My mother must have been in her late thirties by then, yes. I was an only child. My father had a small stationary business, a wholesale stationary business which he ran himself (and my mother helped there) and then of course when Hitler came things became very difficult.

I left by Kindertransport. My father died in 1941 of a heart attack in, during an air raid. Really, I don’t think it had anything to do with the air raid, he passed away, and my mother was left alone which was, of course, fairly horrible for her. We had neighbours behind, in the house behind.

[Fanny Rippel lived there, who was] a girl a year older than I was, very staunch catholic, she worked for Caritas this big catholic organisation in Germany and through her the chairman of Caritas (a very high powered, monsignor he knew my mother well), he arranged for her to be taken away to a village and hidden (I mean, money changed hands, there’s no question about that) and in the village she pretended she was a refugee from the east. You know, nothing Jewish was said otherwise nobody would have taken her in and she survived there. She survived there for a year and a half I think and then the Americans came and won the war and marched into Germany. The first contact I had with my mother, an American soldier, a Jewish-American soldier wrote to me and that’s how we got in contact.

So [my mother] with this Fanny went back to Nurnberg. Our flat was destroyed in bombing. My mother was a very forceful character, She simply marched across the road to a woman in her flat (who was a Nazi intruder) and told her ‘Right you go out and I go in’ – and she did, and she and that girl took over that flat and she survived there.

The problem was to get her out, the difficulties you have no idea. If you ever have anything to do with the Home Office, I mean you read the paper every day with all these incomers of the refugees, my heart bleeds for them.

INT: Did you ever go back to Germany?

H.W: Yes, yes. Good question. I certainly go back to Germany. Why? At the beginning we went back to Germany because the people that hid my mother saved her life, and they put themselves on the line, if they would have been found out they would have been shot, so I owed something to these people. They were very friendly, they don’t exist any longer, they’ve all passed away. The town of Nürnberg invited us, you know, they invite Jewish ex residents now and again. We’ve been there and Nürnberg of course is trying to transform itself from the notorious town where the party rallies were held to, to a community which will look after other people. I mean in Nürnberg there’s now a street with fifteen pillars for peace and friendship. It’s quite unbelievable how the town is trying to live down this horrendous history.

When the Nazi rallies were on. I mean, there were hundreds of thousands of these people and they were marching past our street (we were living in one of the main streets) and we had a domestic maid who was very left wing, a German girl, very left wing. And one day she opened the window and she put her hand out and she shouted out ‘The mustard is running over the brown shirts’

Now my father pulled her in, shut the windows. We would have been smashed to bits and pieces. Crystal Night, I escaped Crystal Night, I was in Baden Baden in Tannhauser as an apprentice. Well, I really learned a lot there because the chef was taken away to the German army.

I said ‘what do you think?’

I said ‘I’m sorry, you cannot, [do this one leaf at a time] it will not be ready tomorrow’.

I mean I was fourteen and a half. We washed it four times in salted water. She accepted that but just shows you, you know, it’s absolutely, that was that hotel, very strict, very strict.

I also learned a lot there but again Crystal Night came. I worked there for six months until I went home on the, I think on the 2nd of November. I worked for six months, six days a week/six and a half days a week. I got a half day off, ok? That’s how it was in these days. Not only that, you had to pay them to learn [a trade], you follow? Very strict. So after six months I said ‘I’m going home to see my parents’

In Baden Baden the whole community was locked into the Synagogue and was set alight. Nobody lost their life, nevertheless I went home. I was at home on Crystal Night but they didn’t come to our house. They came to all the houses around us and they… I saw people getting beaten up, I saw a piano flying out of a first floor window smashing on the pavement – unbelievable. We had to leave, it was quite important that we had to leave. When the Nürnberg Laws came out, when Hitler came. I went to the local school and then there were three Jewish boys in the class. You were sat at the back, nobody would speak to you, neither the teachers nor anybody else. Nürnberg and Fürth was like Glasgow/Paisley – a smaller town. This side Nurnberg, a frum town, now, a bit like Gateshead. Now, Fürth had a Jewish Grammar school, had a Jewish old age home and a Jewish orphanage.

So we went to school in Fürth, Israelitische Realschule, in Fürth- a very good school [Henry Kissinger was in the year above me]. The only trouble is there were fifty-two in the class. Because that was Hitler time. We went there by tram, back and forward; it wasn’t far. It was an excellent school. One of the teachers had to be non-Jewish, you know, they’d have them, the government insisted so they could see what was going on. But it was a very good school the only thing obviously, in the morning, Chummash you know, the Rabbi was very strict. So [a] typical Jewish school. In the tram car, there were two trailers; boys were to be in the back, girls in the front.

But it didn’t work like that. We had some very good teachers, some very intelligent teachers, very good, but we also weren’t always very kind to them. For example, you know when the teacher was bit weak he was immediately sidelined by the children, it was horrible. But it was a very good school, excellent school I must say and I was taken away from that school unfortunately to go to Baden Baden, to learn something which, in retrospect, my mother was clever, you know

H.W: Was quite clever, it stood me in good stead

H.W: Yes, I know. Life is, well I’m lucky to be fit and able and very happy to be here

Links to Other Testimonies by Henry Wuga 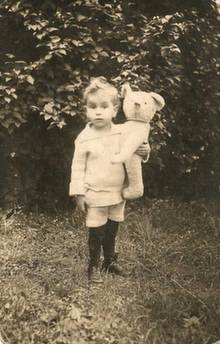 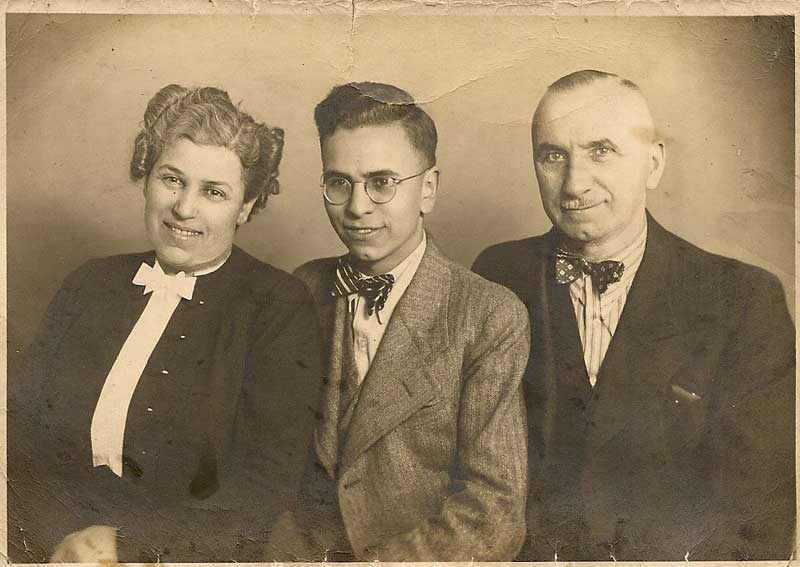 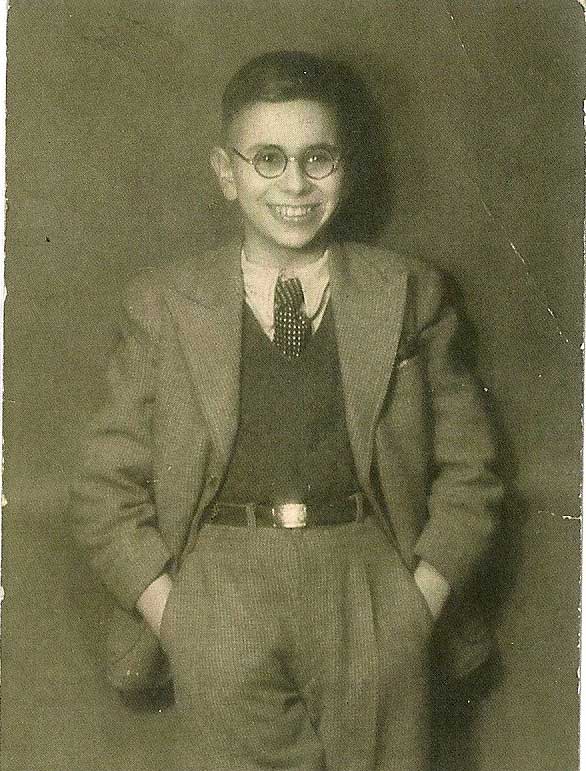