Judith describes her joyful early years in Hungary and then her growing awareness that life was changing in a frightening way.

INT: Today is the 5th of May 2013 and we’re here to interview Judith Rosenberg. Judith, can I start by asking you where you were born, when you were born and what was your name at birth?

INT: And can you tell us a little about your family life before everything changed?

JR: When you are very young you feel you only know the people who you mix with or your mother and dad mixed with and you think the whole world is like that.

But it’s taken us years to realise that some people are rich, some people are poor; you know, how people are. But when you are young you are involved with your own life, you know, and I had a sister who was 3 years younger and…I really just don’t know what to tell you. We had…I thought life was wonderful. I thought everybody lived like that. It’s taken me years to realise everybody does not live like that, you know.

INT: What did your father do?

JR: My father…Now, I think you call it here, had a sawmill. We bought timber from forest and they cut it into slices in different ways.

And in those days we had horses; in Hungary there were no cars so there were carriages made but it’s not for smartness, if you imagine it, I don’t know the word, it was for delivering coal and, to the houses, you know. The coalman came; he had the coal in sacks in a carriage. I don’t know if this is the right expression?

JR: Because I don’t want to make it feel that, you know, it was something high falutin’.

JR: That was his business. He was a coal merchant and had a sawmill and the timber that he cut, that was for building houses, to building these carts; to building, all sorts of building material. You must remember that was in the 1920s, it’s a long time back. Everything was built by timber and the sawmill cut up the timber first into, let’s say, it was centimetres, it wasn’t inches, you know. So it was in 10cm, 5cm thick things and we loved it and we loved to go there as kids to play, because having horses we had haylofts and you could slide down the haylofts, you know. I mean it’s totally different from what you imagine life to be.

INT: Absolutely. And what was your surname in those days?

JR: My surname was Weinberger and I always remember when things became difficult at home I was still in the Gymnasium, that’s called a Gymnasium here but it’s not a sport type of school; it’s Latin based.

INT: Yes, we would call it a grammar school.

JR: A grammar, Yes. And I was there until I was eighteen and had Highers. But by the time I had my Highers there was what they called ‘numerus clausus’ Only 5% of Jewish people were allowed to stay at higher schools, you know. That was in 1940.

INT: And then what happened – because things must have started changing noticeably then

JR: Things were changing already before. In those days there was no television and we were very lucky to have a radio because my father listened to it. I wasn’t all that interested but things became more and more tense. I only know because Father always said ‘You must study because I can only give you what is in your head. I won’t be always here to look after you’. You know and that made us feel that things were difficult. Then I heard Father listening to Hitler and, do you know there is a programme just now, I think called Quest, on Freeview. It’s about Hitler and his henchmen. How different things are now! As then I know we were very afraid of the word Hitler, you know?

JR: Yes, yes, yes. You can’t help being conscious because Hungary was always an anti-Semitic country. They called them nyilaskereszt.. It was not hakenkreuz in German but nyil is a, is a, you know, a pointer.

Links to Other Testimonies by Judith Rosenberg 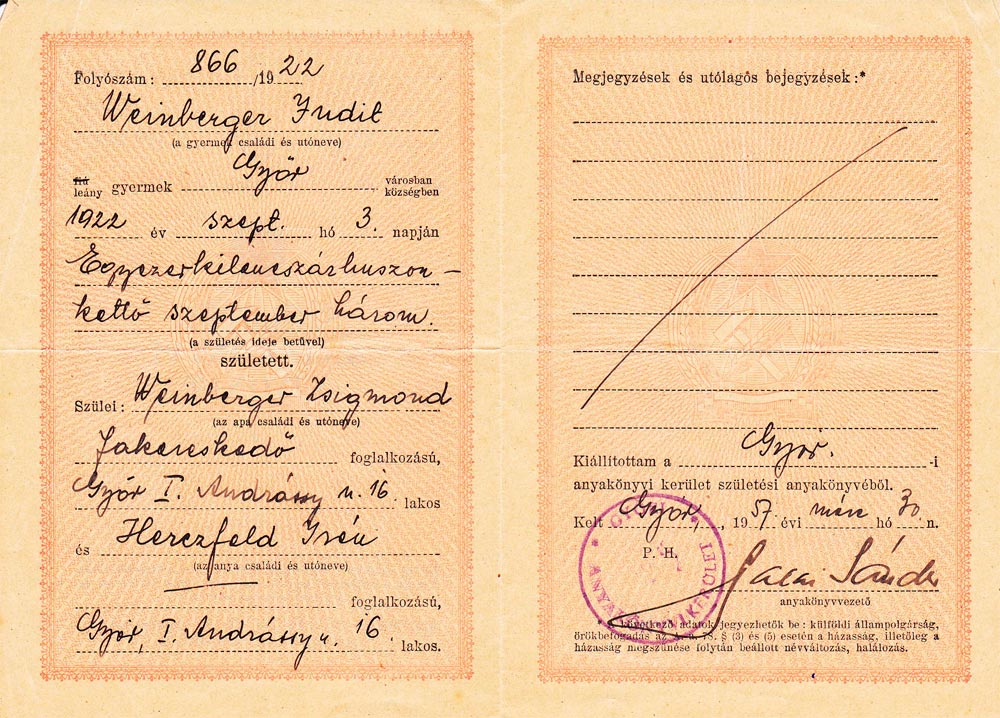 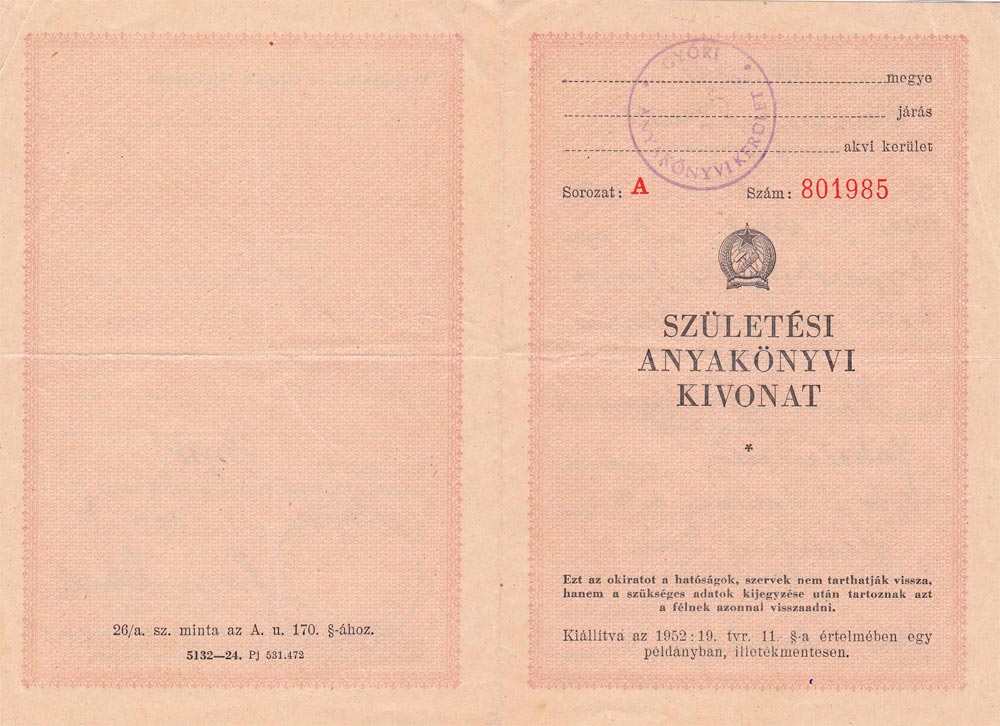 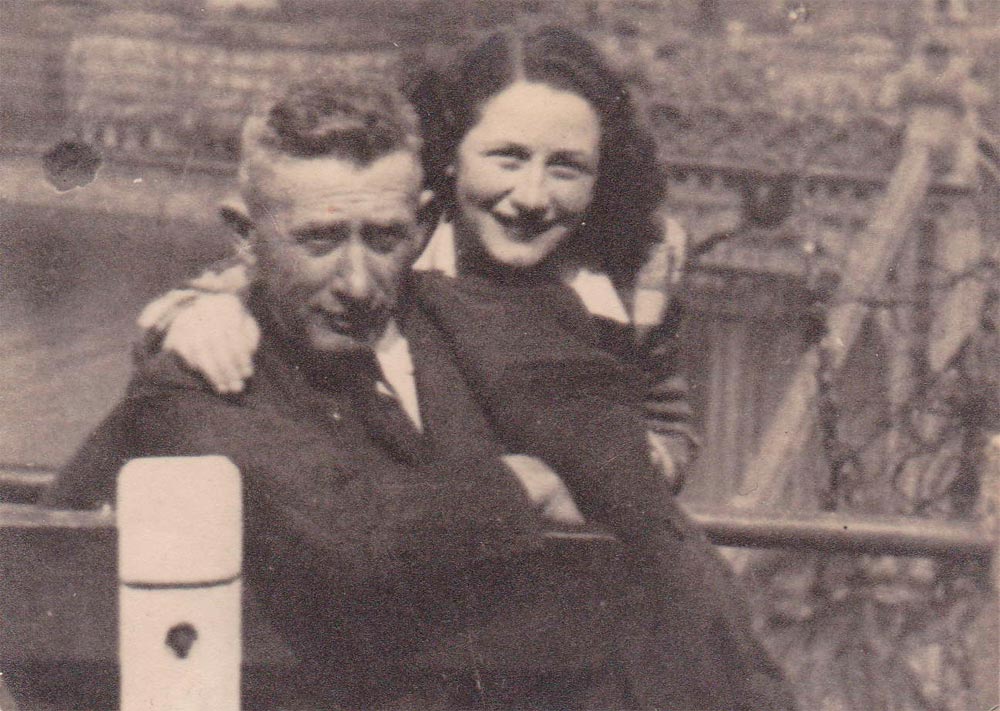 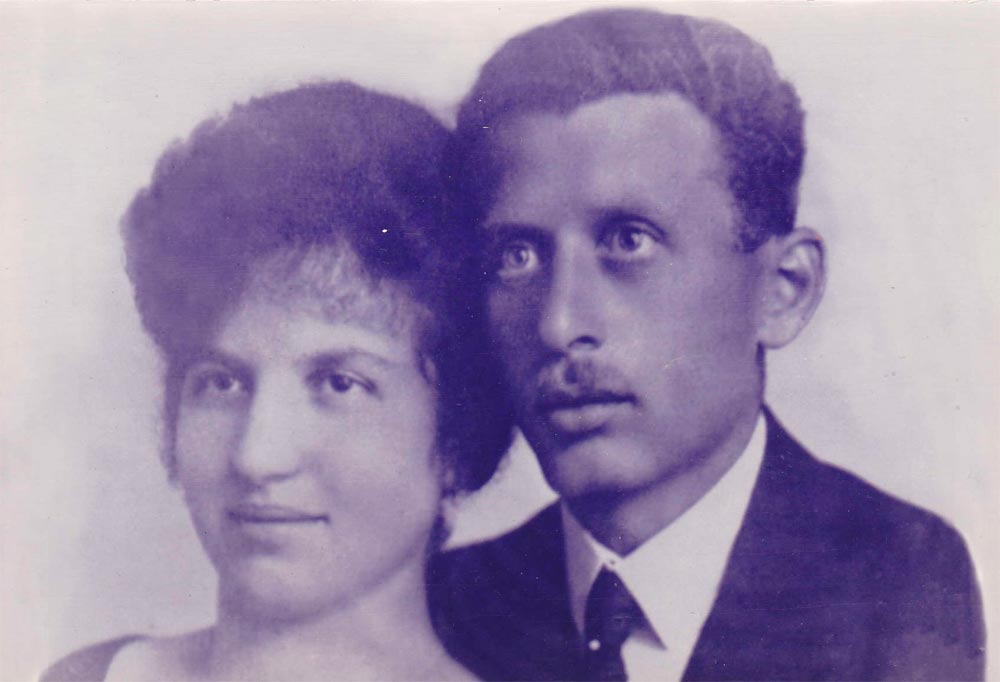