Finally Geraldine reflects on her parents’ lives and her own. She considers whether the world has learnt from the lessons of the Holocaust.

INT: It’s a hard thing to know your mother suffered.

GS: Very hard, but as children, we knew we weren’t allowed to leave anything on our plates; no food was to be wasted; nothing in our home could be wasted.  Every envelope was written on, even on the back. I’ve even actually got my ten-year-old birthday card somewhere here and inside it, if you open it up, my mum has used every bit of paper. I think she was getting new curtains made; she’s got the measurements written down, or for a shopping list.

Every newspaper that came into our home was re-used.  The paper was re-used, whether it be for lighting the fire or wrapping up her precious flower bulbs in the winter to protect them. No matter what, it was re-used, re-used, in every way possible.  Everything. We had a stool; I always remember in the kitchen we had a stool that had a shelf underneath it and all the papers would be kept.  If somebody wanted a paper from three weeks ago past Friday, I’ll say, we’ll have it.

But things were kept quite quiet in a sense, in my early years because my grandmother lived with us in our home as well for a number of years.  And it was very difficult.

My father had a very difficult background. He came from Germany, well from Konigsberg. It was East Prussia. He came about the age of seventeen. His parents managed to get a visa to Britain for him in 1938.  But his little brother and his parents didn’t make it out.  They were gassed. They were sent to the gas chambers as he later found out.  And imagine being a young teenager and you’re sent away, and you’re coming to somewhere you’ve never been and all on your own. It was too painful, I think, for my parents to discuss their past experiences really. In our early years, it was very difficult and also they spoke quite a lot of German in the house with my grandma and I was a bit embarrassed about that at the time.  German to me, in those days, when I grew up, I mean I’m talking about when I was more aware of it, in the late sixties, early seventies – it was such an ugly language and people didn’t really want to talk about the war  it was only later on in life in Britain it was much more acceptable

But you know now it’s all a lot easier, but I think that certain things are definitely passed from generation to generation, but sadly the world hasn’t learned…learned from the Holocaust. There’s been so many other horrendous goings on in the world, in Rwanda and the refugees. It’s just horrific. Nothing, nothing really has changed…sadly.

INT: Do you think, really as a last question, do you think that your mother remained optimistic about life; how was she in herself, after all these events that she lived through?

GS: She had a great sense of humour. She was a very stubborn lady. I said her stamina and her stubbornness kept her going.  And determined…she was determined.  Because later in life, she had very bad osteoporosis, but still, still insisted on walking to the synagogue on a Saturday.

She would see always the good.  You know she would always push, push, push, but she didn’t trust people.  A lot of times she would say to me the police can be crooked. It was a hard thing for her. How could she trust anybody?

When she arrived in Auschwitz, I know there was a young boy. When they were in Prague, before she was taken away they used to have to take in certain people to their homes for lunch.  That was one of the stipulations.  And there was a lovely boy, that used to go to her house.  And he was one of the boys that she first came across in Auschwitz and he whispered to her, ‘Have you any valuables? Have you got any valuables, Mousie? I’ll keep them for you safe’.  And he did keep his word. She gave him a few things and he did come and find her and he gave them back.  Which obviously probably helped in certain ways to save her and my grandma’s life as well.

However, his sister, he had a horrible sister, and this woman was now dressed, she said, in the heaviest warm coat and special leather boots and the best clothes in the midst of the darkness of Auschwitz.  And she ignored her; she turned her back on my mum because she was in charge.  She was one of these Jewish women that was whipping the Jews.  Jews whipped the Jews, you know, because she got extra…extra…

GS: Rations, only for herself. So I think that my mum couldn’t believe that somebody could become like that and I think my mother’s trust in people was sometimes a bit wary, a bit difficult.  Which is very understandable.

INT: It certainly is. Thank you for sharing your mother’s story with us this afternoon.

Links to Other Testimonies by Marianne Grant 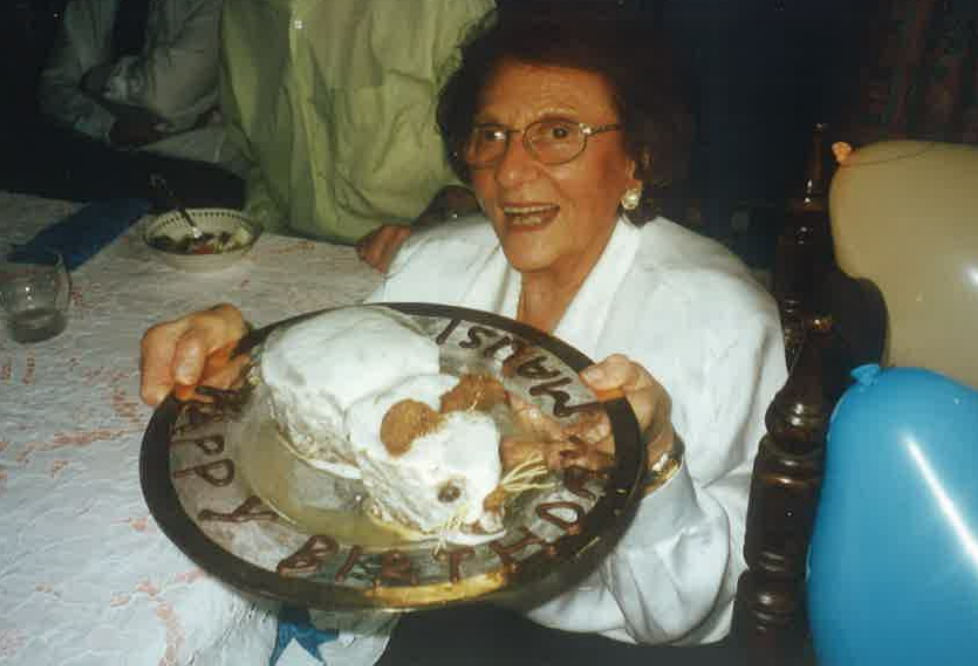 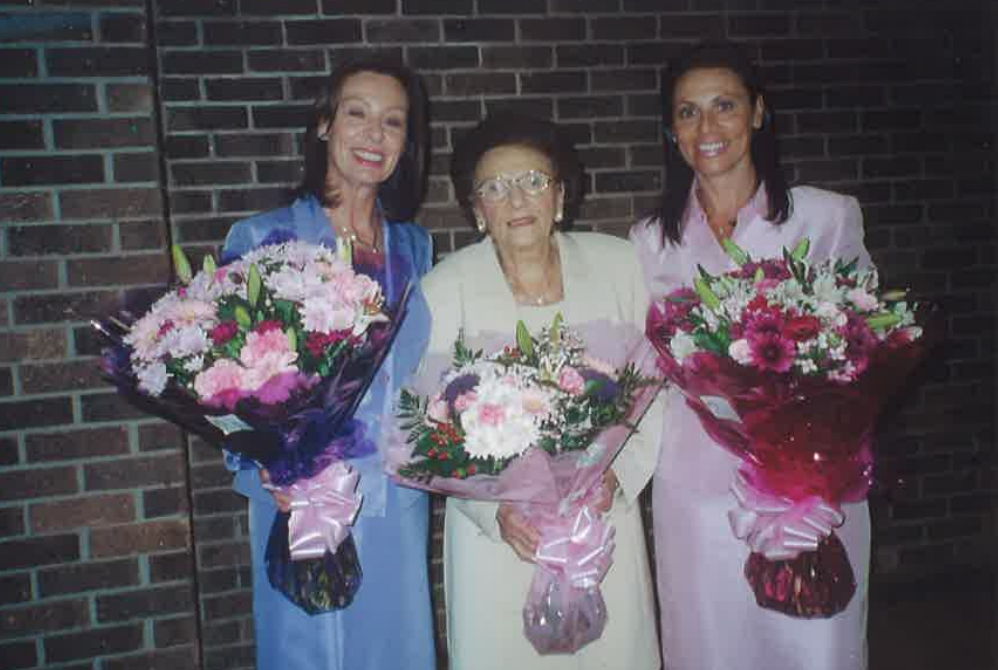 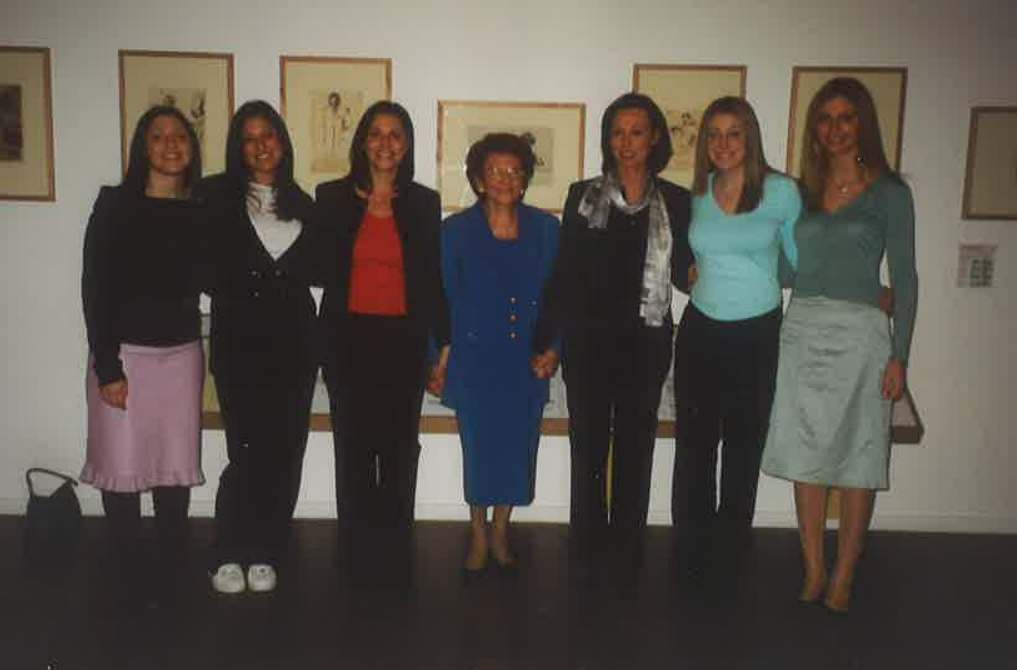 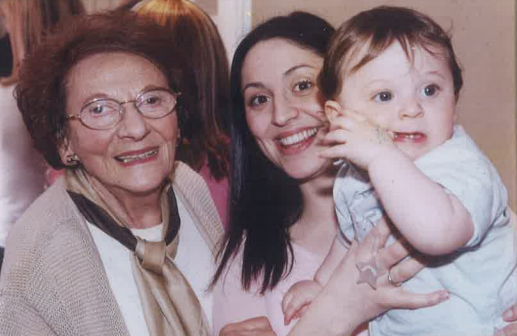