Do you remember anything about your grandparents’ home life?

One second and I’ll come to it. My grand, my father’s, my father’s parents, Heinrich Ansbacher had a general drapery business in Leutershausen, and in those days also there was a retail shop, most of the business was done by calling on customer s who were farm, farming people. My father carried on the business after my grandfather was retired. My grandfather Eckmann was a horse dealer, he bought and sold horses.

My grandparents had four children. My father being the second. The place where I was born, Leutershausen, was a small, it called itself a town, it had about 1600 inhabitants, also you might, or might consider it a village, it really had the status of being a town.

Were there any other Jews in Leutershausen?

In Leutershausen, for a town of l600 people, we had at least notably sized Jewish community, about 20 Jewish families, we had our own synagogue, and, and as a rule, the community had the services of a paid official who was Chazen, (Cantor) the Cheder teacher, the Shul or anything else which was going.

By the way, just to mention it here, our, the man who was our Chazen in 1914 when the First World War broke out, also was killed on the Western Front.

How was life, what was the standard of living? How would you describe your life?

Well, we lived in, in a building of, of where our house was what is called a “Marktplatz”, a market place, it was the building right next to the Town Hall, the Rathaus, and we lived, I would say, a comfortable life of, of small business people, being careful with what one spent, but not being, not being extravagant, but living a fairly decent life.

How many rooms do you think? Do you remember how many rooms, and who looked after the house?

We must have had about six or seven rooms in the house.

Did your mother look after yourself?

Yes, my mother looked after the business as such, but she had, we usually had a maid, and my father continued my grandfather’s way of doing business, by calling on farming customers in the area. The area, I would say, a radius of perhaps 3O, 3O-4O kilometres around Leutershausen.

How did he travel?

He had a coach and a horse, and we had somebody who came in, who looked after the horse at the weekends, and so groomed the horse, but otherwise my father did it all himself. The Jewish community in Leutershausen, was a fairly closely- knit one, as it would be in such a small, small community, and more or less everybody knew everybody else’s business. The other people in our town, there were, we were three families who were in the textile business, I had a lot of friends of the young non-Jew, non-Jewish people who lived near us, or who lived in our town altogether, and we went to, I went to school with, but later on, gradually, as anti-Semitism raised it’s head, one gradually confined oneself more to Jewish friends.

I started school,I think it was when I was 5 years old, and went to the local school until 19, until 19, 1918. In 1918 I sat an Entrance Examination to a Grammar School, in Ansbach. Grammar School in, you call it in German, “ein Humanisches Gymnasium” It was a school which, you started of f with Latin, later on, Greek, English or French only came later. It was more a classical education.

In fact, the art was just about to arrive at the railway station, before the Station Master lifted his hand to let the train leave the station. In fact, on days when we were a few minutes ahead, we deliberately slowed down, not to come too early!

When you say “we”, who does that mean?

Well there was, at that time, there were, I must, there wer e probably l0-l2 different youngsters from Leuter shausen who all went to school in Ansbach, different schools, technical schools, another high school, a couple of girls for girls schools, and we all usually met up on the road to the railway station, and we more or less all got there within a few, a minute or two of each other.

Right, you will realise I joined a Grammar School in 19l8, or ’19. By, at that time, school was, my relationship to the non-Jewish, to my non-Jewish classmates, was fairly good. We, by the way, in this class, there were two other Jewish people, apart from myself.

So, as I say, the first and the second year of school was reasonably early, reasonably pleasant. Also, during the second year, already it deteriorated. At that time we had a class headmaster, Professor Furtch who was definitely an anti-Semite, and who, in his teaching, always brought out a very strong anti-Jewish line, the headmaster of the first class, somebody called Beher was a very very nice man, and there was no question of anti-semitism at that time.

But in my second class, we were getting into the era of’20, 1920/21, when the German politics came into, under the influence of right wing organisations, and it became quite a fact that a lot of the old, the, the, the older pupils of that school, as a gymnasium it had nine classes,and not six, belonged to right wing organisations, would appear at school in their uniforms, in their uniforms, they, they would be out on field day exercises, sporting machine gun patches on their sleeves, that they belonged to a machine gun detachment and so on.

There’s a lot to be said about that school. This particular Humanische Gymnasium in Ansbach, they, first of all, the area of Mittelfranken where where Ansbach was situated, is, was almost exclusively a Protestant area, and it so happened that the Lutheran Protestantism in Germany, the main part of their preaching was that the Jews had killed Jesus, and that we were, therefore, whereas, this is what, was, was, was at the foreground of all the protestant school teaching there, that the Jews were guilty of killing Jesus, and therefore, the families of those, the protestant ministers’ families were all very anti-semitic.

Now, this particular school had a live-in section, which was called “Alum Neium”, which was specifically for the sons of protestant ministers, so you can say that in every class, between 30% and 40% of the pupils were sons of Protestant Ministers, and they set the tone of the class, so they, they set the policy of the class, and being anti-semitic, they made the whole school anti-semitic, so, particularly as, in the older classes, the higher classes, they started to join para-military, semi-fascist groups.

So in, in the end, by 1923, it had gone so far that all the Jewish, sorry, it had gone so far that in my class, and in every other class where there were Jewish children, none of our classmates would sit next to us, none of our classmates would talk to us, and we Jewish, the Jewish children in that particular class, had to sit at the very back end of the class, on a bench of their own.

We were probably six Jewish children in the whole of that gymnasium, out of the nine classes, so whenever there was playtime, forenoon and afternoon, we Jewish kids were not allowed to play with the other s, or not allowed even to stand by the others. We always met in the school yard, and kind of, protected each other. When the bell went that meant, that playtime was over, everybody filed upstairs, upstairs meaning that the school yard was below the, below the level of where the classrooms were, and we had to go two or three stairs up to reach the classrooms, and there was, every day, twice a day, we got more or less beaten up, if not beaten up we got punished.

We would go, try to go upstairs and then as we were in the middle of the stairs. So the ones at the bottom would kick us, would push us in the back to go on, and the ones at the top would kick us back, with their heels, punch us, so this went on day after day, so I, it, my school days in Ansbach were not exactly the type of happy, happy memories one has from one’s school days. And I therefore decided that, after six years, I had enough, and I didn’t want to go on. I suddenly left the school, and I must say that I hated the thought of the six years I had in that school, I have hated it for the rest of my life.

So were your parents aware of your experience at that school?

Links to Other Testimonies by Martin Anson 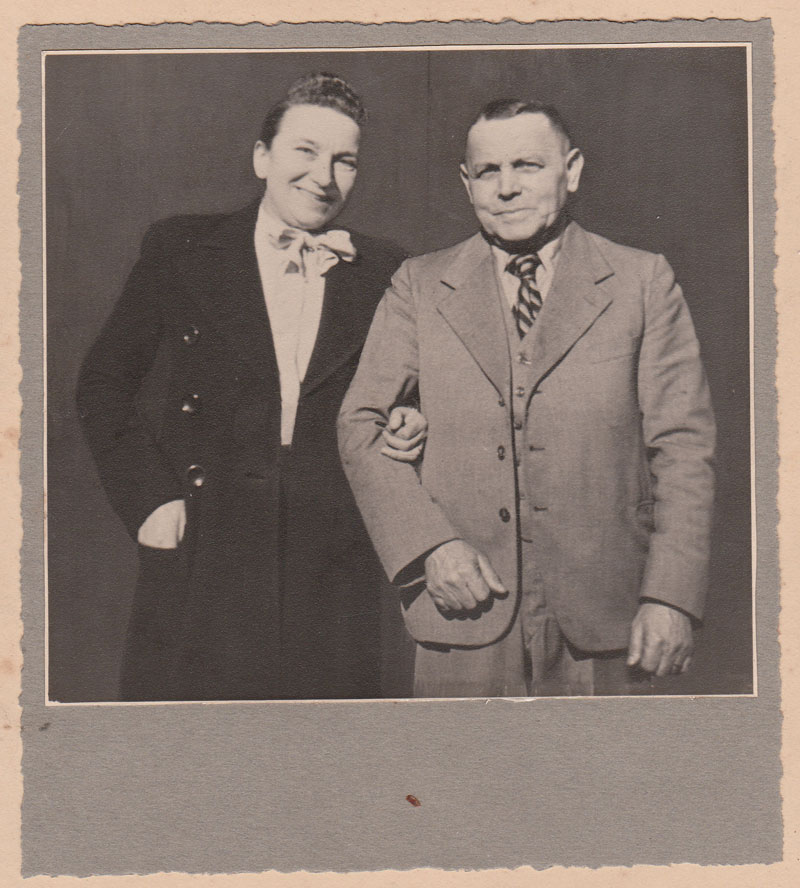 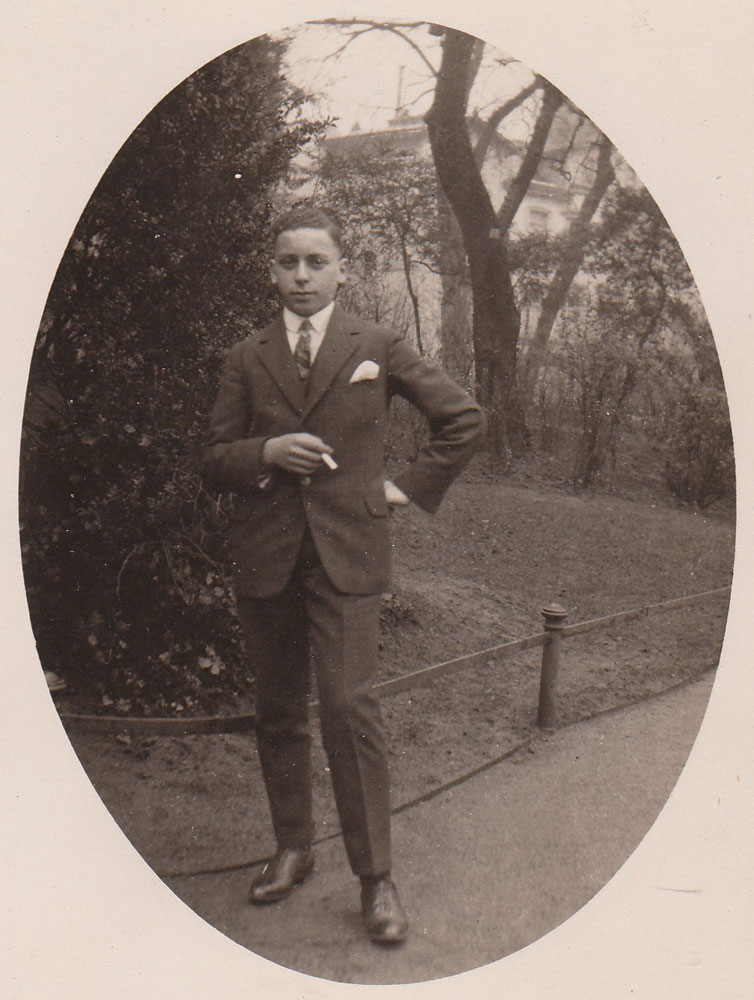 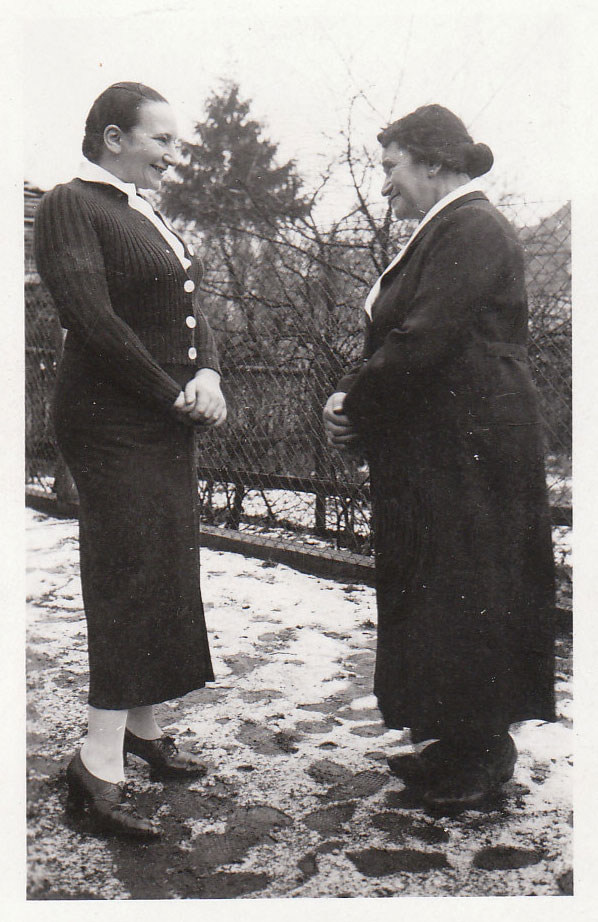 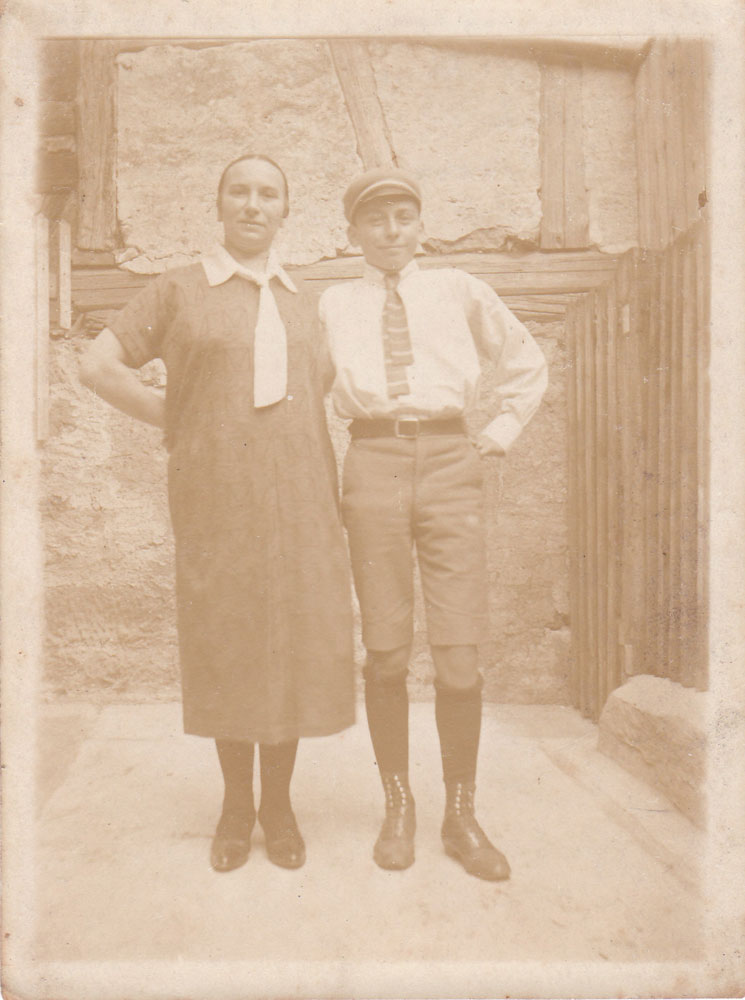 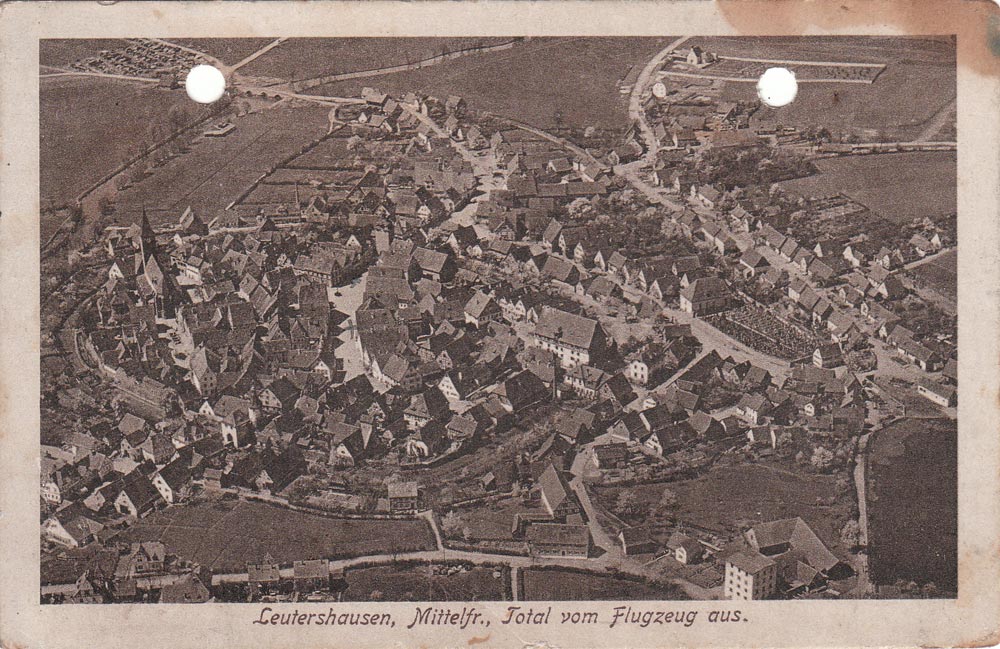