INT: One of the very interesting things as well which I think happened Moniek, was the fact of your family being traced.

MG: This was. I didn’t know what had happened to my family and I actually tried to keep a low profile on the basis that if any of my family survived I was hoping that the Soviet Union would not be aware of it. But they were aware of it.

INT: You mean be aware of the fact that you were no longer in Poland?

MG: Not only were they aware that I was no longer in Russia but they were fully aware I was the Polish forces. They had an extremely efficient means of finding out. How on earth a country in which the majority of the population are constantly hungry, how they could devote that amount of energy and effort to keep tabs on insignificant people who have at one time been in their country. They actually considered the act of my moving out of the Soviet Union as treachery.

INT: As treachery? Even though you were actually Polish in the first place?

MG: Yes. They perceived it as treachery.

INT: And treachery, would that be punishable by death by any chance?

MG: For someone of my lack of importance probably by prison camp. People who served ten year sentences frequently got another ten years tagged on when it was time to be released.

INT: So you kept a low profile but you knew what had happened to your brother.

MG: No I didn’t know at that time.

MG: I didn’t know that he was alive. I only found out that he and his family were, lived in Soviet Union when I got that, met that young man from the JewishGen.

MG: So Michael Tobias. I actually met him at some meeting at the synagogue and I said I could give some interesting extra information so I told him about myself, extra information. He came back with a huge sheet giving my family tree which incidentally I sort of knew but this was much more up to date information.

INT: Once you found out about your brother did you find out, I think you were going to tell us, that he was in trouble?

INT: Because of the fact that you’d left?

MG: He was in trouble partly because I had left the Soviet Union. This is what it meant, that he was not allowed to work in any city of more than 300,000 of a population. That was the kind of ruling. So instead of being a professor in Minsk they appointed him to be headmaster of a school of music which was probably not his metier at all.

INT: And am I right that your family thought you had died?

MG: Yes why they thought that I had been killed at Monte Cassino it was nonsense. So when they found out it was…

INT: It must have been so remarkable. So many years later.

INT: And was your brother still alive at that time?

INT: So it was his children?

MG: Yeah. People die much more quickly in the Soviet Union. People don’t live to old age for a variety of reasons. Those who do well die early because a) too much drink and b) not good enough food. Other people just die because of miserable conditions, and alcoholism is extremely widespread in the Soviet Union. This doesn’t mean that my brother was but probably. Just the pressure couldn’t have helped him very much.

INT: We usually end by asking people a very general question on reflections over a whole lifetime. What would you say looking back, if you can tell us, were the high points in your life? And of course the low points?

MG: Well the high point obviously was getting my education. That to me was the high point. Low point, I had quite a number. Extreme low point when I lost my wife and I was left here on my own.

MG: We had no family incidentally.

INT: You talk about, you do have a nephew. Is that on your side or is that your wife’s side?

MG: My wife’s side yeah.

Links to Other Testimonies by Moniek Garber 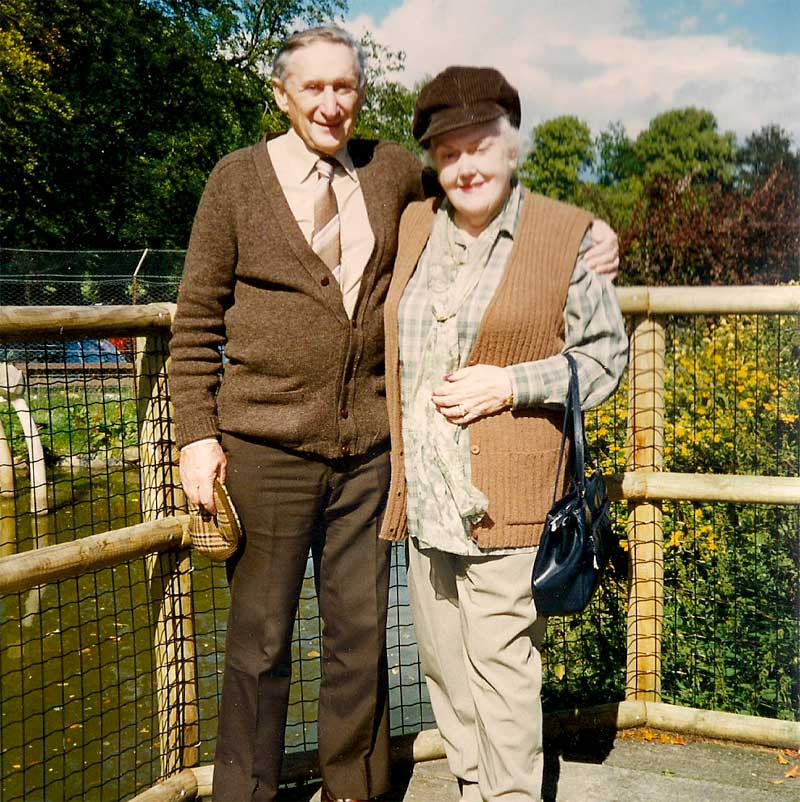