Learn about the experiences of Saskia Tepe’s mother, Brigitte Langer, who suffered the tribulations of war and its aftermath three times. Once under the Nazis as a Mischling, then under the Czechs as a Sudeten German, and finally as a refugee in a DP Camp in Germany. The aftermath of the war also affected the second generation too as Saskia explains in the interview.

INT: Today is Saturday the 7th of June and we are here to interview Saskia Tepe. Saskia would you like to begin and tell us a little about your mother’s story?

ST: I’ll start first of all her name is Brigitte Langer and she was born in 1915 in Jagerndorf which is, which was then, part of the Austrian empire. Three years later, [at the end of] World War One, the land was all divvied up and I have to explain the history to you to give an understanding of what happened leading up to the war. The Czechs were given the rights to the lands that she lived in, even though they were Czech speaking and the majority of the people in the area where she lived were German speaking. And this caused a lot of aggravation, probably because of The Depression and inflation and all the terrible things that happened after the First World War. So the seeds of unrest that were sewn as a result of all this kept going and eventually a leader called Heinlein, who embraced the Nazi ideology, went to Hitler in the’30s and asked for help and this gave Hitler the excuse to invade, to try to invade Czechoslovakia because he was taking back these Sudeten German lands. The Sudeten Germans self styled themselves that.

INT: I believe they weren’t called that before Hitler came to power.

ST: No. I think there was sort of 4 areas that wanted their own independence, and they had four different names, one was Bohemia, Silesia and so on and eventually just called themselves the Sudetenland. And you will all have heard the story of Chamberlain coming back with his piece of paper because he’d sold Czechoslovakia down the river, giving Sudetenland to Hitler. So my mother was brought up by a Sudeten, lets call him Sudeten German, father and a mother who was originally of Jewish background. So my mother’s grandmother was Jewish and her mother, Paula Lamb, was christened into the Catholic faith, which I think was fairly common when people married into a different religion. So when Paula married her father Rudolph Langer she changed faith and became a Catholic and my mother was brought up a Catholic. In October 1938 when the Nazis came into the area where she lived I don’t think it affected her greatly in that she had a German father who looked out for her and so on. He was a customs official and I think sort of middle class, they seemed quite ‘well to do’. The only blot on my mum’s landscape I think was the fact that her mum died when she was 3 in 1918 as a result of the Spanish flu epidemic which killed millions worldwide. So her father remarried and she had another Sudeten German stepmother called Hedwig and they didn’t get on very well, so when she was 16 she took the opportunity to train in the ‘looking after of children’, as it says on her C.V. For six months she went to a school and then she ended up working with a family in Hungary for a few years and at that point I think she also went to Vienna with the family, so I think she thought she had moved on and left things behind. But in 193…8, it must have been just before the Nazis came in, her father had a stroke and she was called home to help look after him. So she ended up being where…

ST: Where, you know, the worst possible place to be at that time. Now, I can see through the papers that I’ve found that she spent a lot of years looking for background information as to how much of a Jew she was. The Nazis had introduced with the Nuremberg laws in 1935 I think it was. Some sort of pseudo scientific methodology to decide how much of a Jew you are in blood. And it depended on how many…

INT: What was it they called this? They had a special name didn’t they? For such people. Is it mischling?

INT: Oh I didn’t know that.

ST: So basically you are mixed race. And of course it was very important. I think that’s something we are not aware of either is that because of Darwinism and the origination of the species and the idea that people were of different grades of intelligence and so on was very important in those days. Nowadays we think this is lunacy but then it was, you know, figuring out what your bloodline was was, I suppose, an everyday kind of thing.

INT: They believed that there was such a racial difference didn’t they? 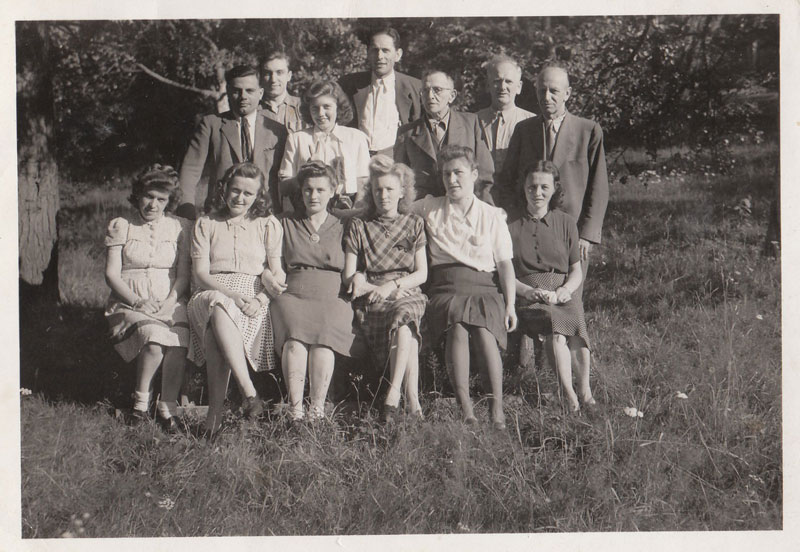 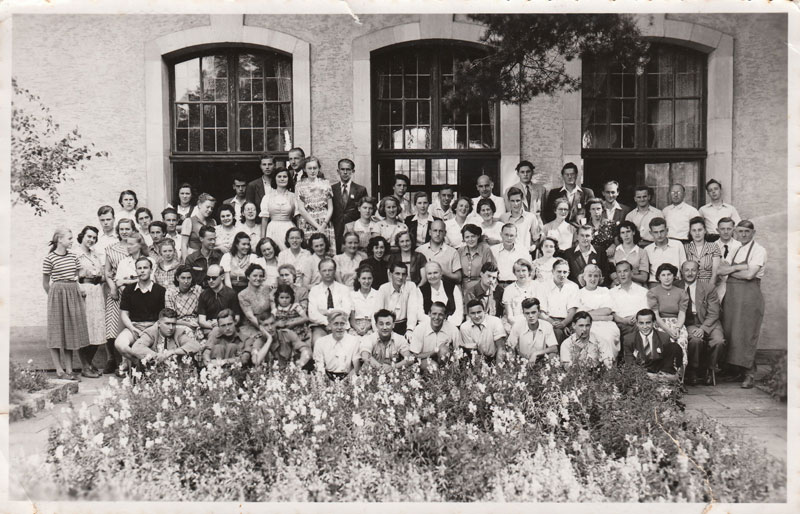 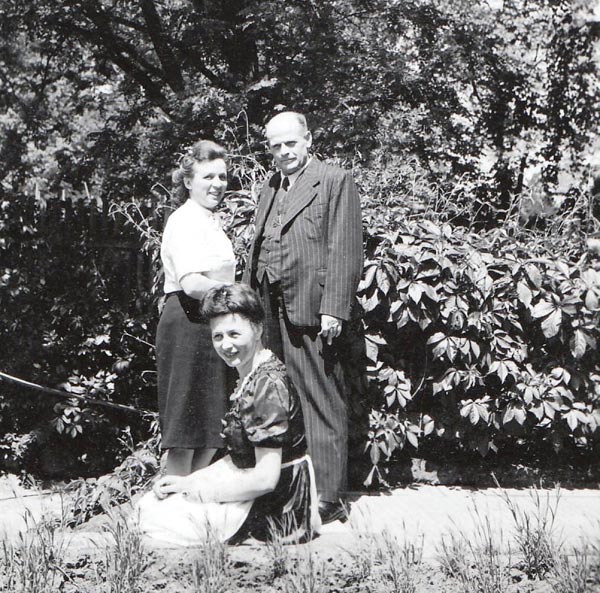 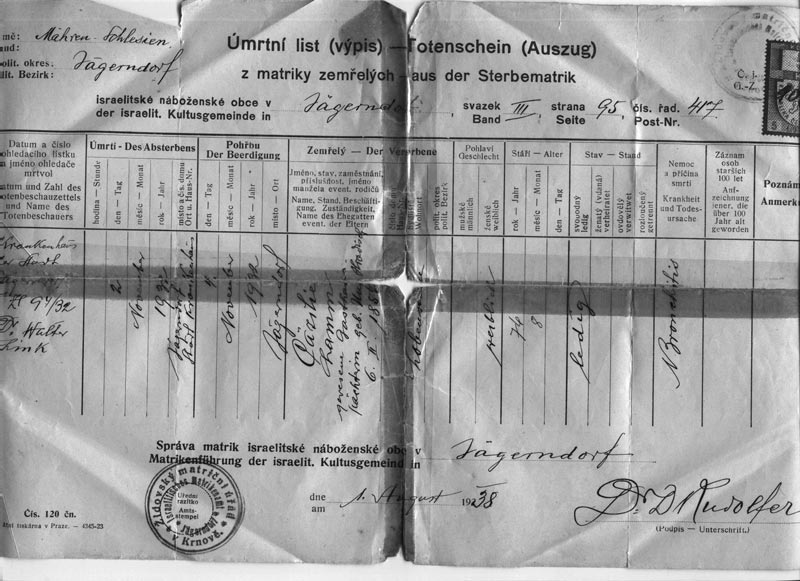 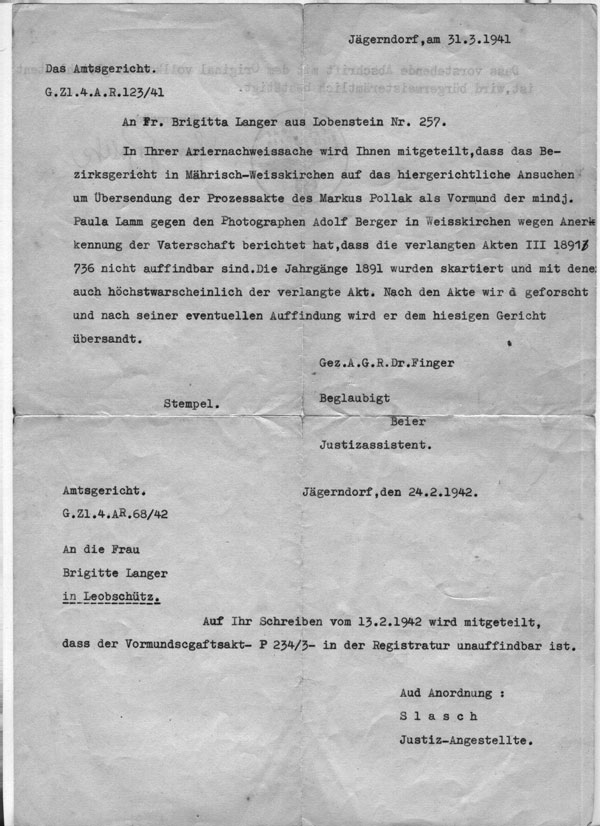 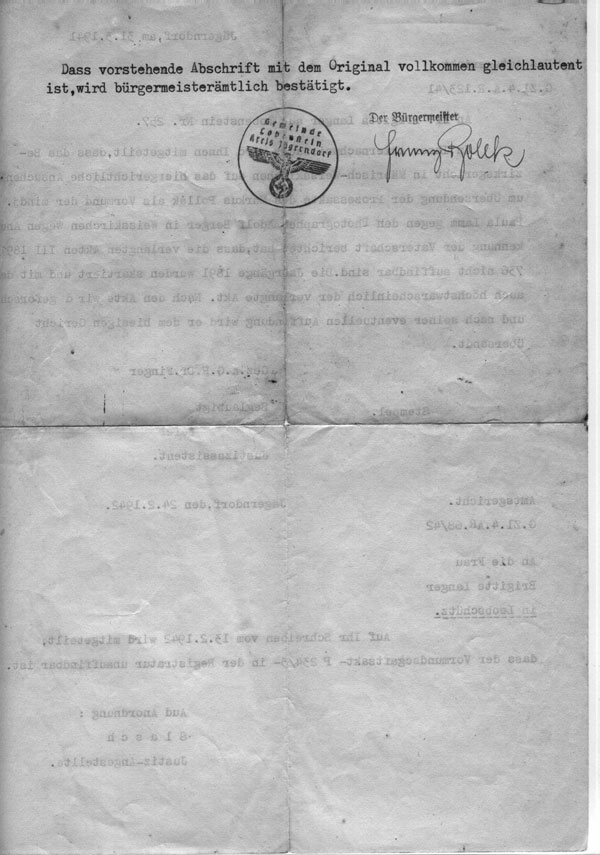 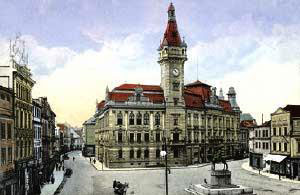 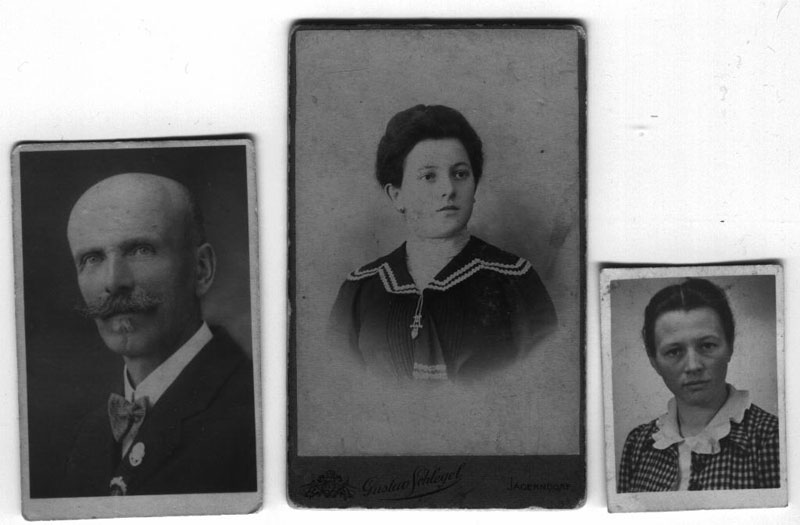 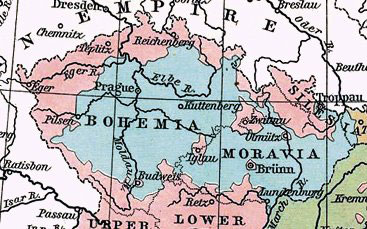 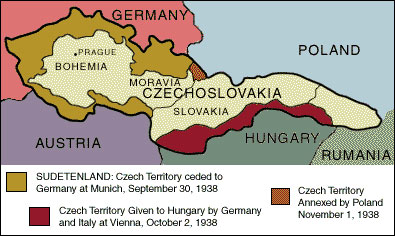