George describes how he arrived in Glasgow and was eventually reunited with his mother.

INT: You came over straight to Glasgow?

INT: Was your mum there to meet you when you came?

G.T: No she wasn’t. That’s another wee story.

G.T: You were only allowed to take ten shillings (marks?, ed), no matter how much money you had and one suitcase. You packed as much as you could and you put on coats. Now you must remember I couldn’t speak a word of English – I couldn’t even say “yes or “no”.

Nothing. The gentleman who was in charge of the Kindertransport, said, “You have got ten German marks, give me it and I’ll change it for English money.” So I gave him it and I’m still waiting for the change. Got done out of a few bob but I was too shy to ask for my money back!

INT: What languages could you speak?

G.T: Only Yiddish and German and Hebrew at that time. I’ve forgotten my Hebrew now but I could translate the Hebrew into German obviously because I used to go to Cheder after every school; every afternoon you went to Cheder. So anyway I arrived at Harwich; there were 150 children with the transport and everybody was going to different places and there I was sitting, the only one left.

So the immigration officer took me home to London, put me up and sent a telegram to my mother who stayed at 28 Abbotsford Place, where she had a room – a young brother and sister owned the flat. The telegram said that I was going to arrive the following morning at Glasgow Railway Station. I got to Glasgow, with my suitcase, wearing my jackboots noch (still) and a coat down to the ground, like a Potke. I was standing on my own wondering what I was going to do. I hadn’t got a penny in my pocket, I couldn’t say “yes” or “no”. I was still sort of cowed because of my experience of having stones thrown at me and being shouted and sworn at. A man came over and he spoke Yiddish to me; he was a taxi driver! A ten million to one chance! I must have stood out obviously! I’m the only one standing with my jackboots on.

I told him my mother was supposed to meet me. He said he was going to take me in his taxi to 28 Abbotsford Place, two stairs up. When he knocked the door the lady who owned it, opened the door. Obviously she couldn’t mistake me, she knew who I was. She said to come in and took me into my mother’s room. My mother was sitting in a chair taking her shoes off. She had gone to Queen Street Station and I had come in at Central Station.

G.T: But I was clever enough to have a bit of paper with my mother’s address on it.

Links to Other Testimonies by George Taylor 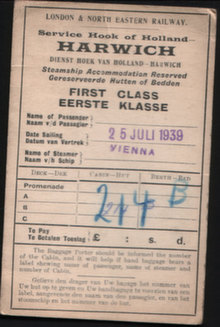 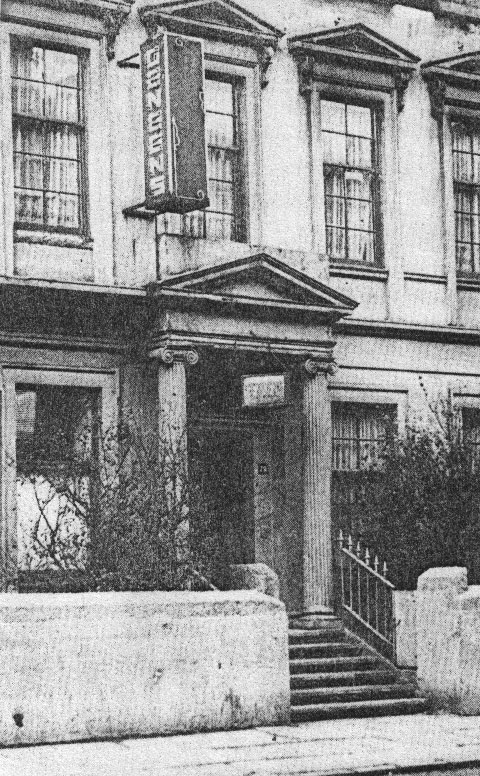