Ike recounts his journey from Germany as a Kinder. He describes his difficult arrival in England

INT: So what happened, when Kristallnacht happened…

INT: Can you remember any of that?

IG: Not really. I was kept, sort of ticking over.

IG: So I don’t really remember. I’m trying to think if I remember anything else from that time at all.

INT: How about Esther your eldest… or Debra is the eldest one?

IG: Debra is the eldest of the lot.

IG: The diphtheria together. I can’t really recall much else.

IG: Well I remember that my father went into hiding and it was a, a cellar with a window at street level, so I’m told, I don’t recall it.

And then the five of us went with my mother in a taxi and I believe I was crying but I have no idea what it was about. We were taken to a train station and got on the train and said goodbye to my mother, I don’t recall that, but then we…

My next memory is that we were in Belgium and the kind ladies there give us all sticky buns and then we went onto the Kindertransport and again I have no recollection of the transport itself at all.

But I remember when we got off we went through the customs and I had a little khaki canvas rucksack on, don’t forget I was only…I was 2 days before my fifth birthday, and some nasty customs man put a big chalk cross on the back of my rucksack and I was mortally offended! I can remember that, how offended I was.

INT: Do you know what was in it?

So apparently I was asked, Esther has told me, that I was asked lots of Hebrew-type questions before I was even allowed in the door.

IG: But 3 weeks after that all the London kids were evacuated and I ended up with a crowd of other kids in St. Ives in what is now Cambridgeshire and the billeting officer was Miss Kitty Wiles who worked in the local office, the town clerks office. So she was the billeting officer and she put Esther and I in The Lamb Public House. And my one memory of The Lamb was that Esther and I couldn’t speak any English and we went down into the bar and all the men, and it was only men, were apparently joshing and joking with us that… they were all quite kindly.

And Kitty Wiles thought that was unsuitable so she moved us to the house of a Mrs Middleton, Mr and Mrs Middleton and I haven’t the faintest recollection of Mr Middleton, I think he was a total non-entity; she ruled the roost of everything. And she had 2 teenage daughters and hated the idea of having these 2 nasty little Jewish kids lumbered on her and the house, despite the fact that she was a big snob, the house overlooked St. Ives slaughterhouse.

Again, that didn’t last long and then we were transferred, by Kitty Wiles, to a Mrs Saybe.

Mrs Saybe was a kindly widow living in a little terraced half cottage in, I think it was called Park Lane but it was a little drive up to the park in St. Ives and I was there for the first Christmas.

I have very little memory of that but I was there for the first Christmas and she invited her widowed sister and her lodger who lived in one of the other little cottages in for Christmas. And I remember he would give Esther a ride on his back, the lodger, and I used to caterwaul and then he’d give me a ride on his back, I still used to caterwaul so I was obviously a miserable little beggar at the time. And my sister got friendly with a girl at school who invited her to a party at May Wiles, the sister of the billeting officer, and she said she couldn’t go unless I went with her so I got towed along with her and immediately made friends with two evacuated kids, Ronnie and Shirley Kitto.

INT: Right, were they Kindertransport as well?

IG: No they weren’t Kindertransport, they were evacuees from London.

IG: And I don’t think the girl Esther had made friends with was Kindertransport.

And the upshot of it was I and Esther went to live with May Wiles and theirs was, that was a big house owned by the Baptist Chapel and the widowed, her mother, the widow of the Baptist pastor, that was a strict Baptist chapel, he had died just before the war and so the widow was there and her younger daughter May was looking after her and she ended up with 13 evacuated children.

IG: Her cousin just down the road ended up with 21 evacuated children.

INT: It must have been a big house.

IG: Yeah it was but she, the cousin with the 21 evacuated children, was pictured on the full back page photo of The Sunday Pictorial because of the 13 evacuated children. But that was, May Wiles was the sister of the billeting officer Kitty Wiles and of course we were all marched to the strict Baptist chapel every Sunday and later on every Wednesday as well, on most Wednesdays.

May started off by feeding Esther and I only things she thought would not offend the Jewish faith and then realised, she told me later, it was war time and we just had to eat what we could get. So I’m afraid she started feeding us whatever the others had, including roast pork, which I suppose I should feel sorry to say instantly became my favourite roast!

INT: Always things that you’re not supposed to have.

IG: Yeah. I think it was the crackling that attracted me. But I do remember that became my favourite very quickly. And we were well looked after and at the end of the war…

INT: Where did you go to school?

IG: In what was called the St. Ives Council School but it, there was two council schools, one was the local council school and the other was the evacuated council school. And we were upstairs in the Free Church Hall Again

I have very little memory of that except they used to cane you across the hands if you spoke in class.

Everybody who spoke in class got two or three cuts across their hands and the cane was often not in the room you were in so one boy who’d been caned rather a lot was sent to fetch the cane from the another room when the master was going to cane him and when he brought it into the room he put it across his knee…sorry, first he lashed out at the master’s legs and then when he’d had a good cut of the master’s legs he put it across his knee and threw it out of the window.

IG: I can’t remember what happened to him but I can remember that incident very well.

IG: I have no recollection at all.

INT: But you just all got on, all the evacuees?

IG: All got on with each other, yeah.

IG: I don’t remember it being particularly good but May Wiles obviously got to like me a lot, and to like Esther.

She sent Esther for four years to two different private schools which she had to pay and she wanted me to get the scholarship to go to the grammar school so she got a whole load of past papers from the school and at ten years old she was drumming me through these papers every night, once or twice even reducing me to tears over the papers. But of course we didn’t, I didn’t realise and she didn’t obviously, scholarship papers are essentially intelligence tests and if you practice with intelligence tests you get better at it, even if you’re not more intelligent. 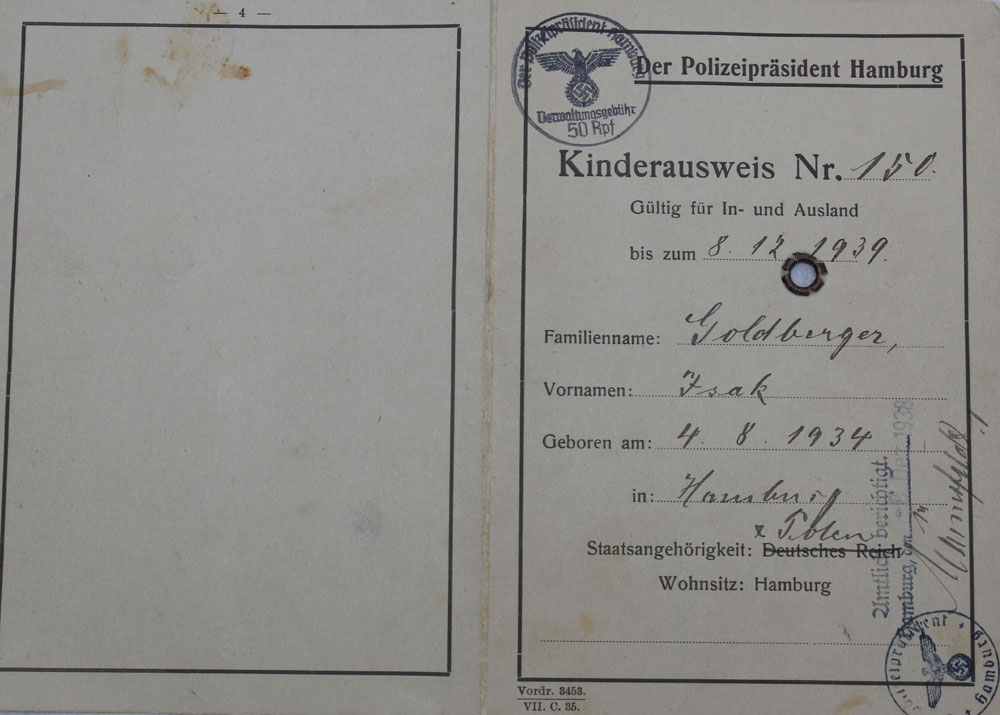 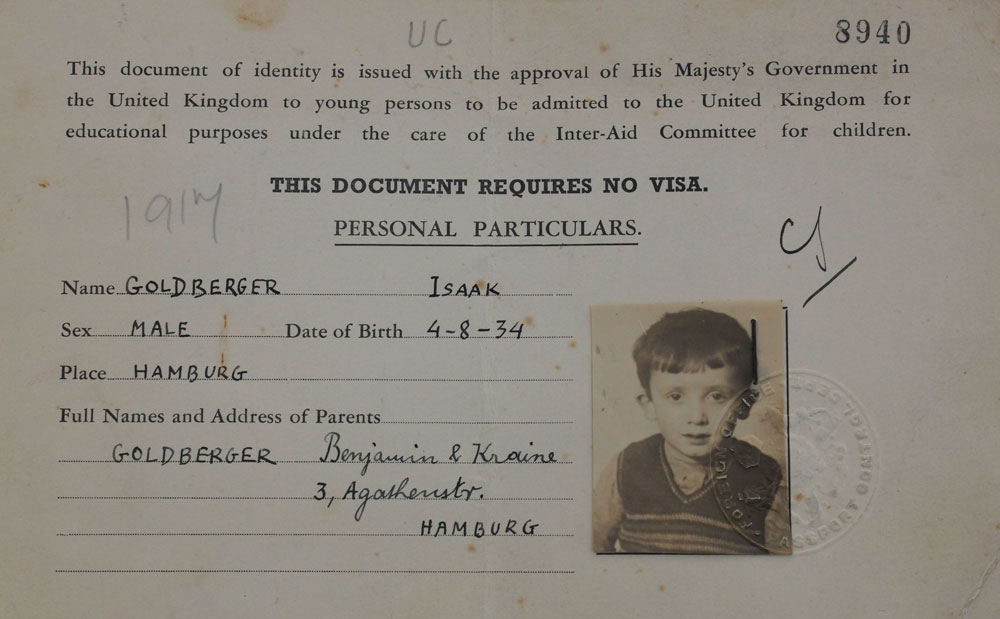 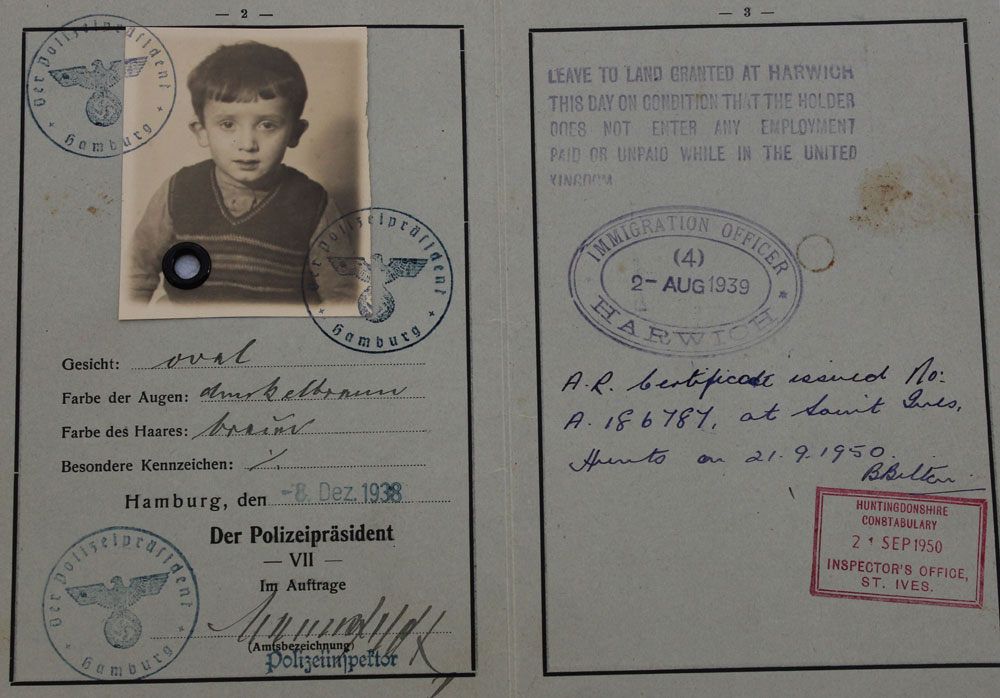