Renate talks about her love of Scottish scenery. She then tells the interviewers about her children and grandchildren.

INT: I know that your life took on many twists and turns after that but we have to come to a close and ask you a couple more questions. If you look back now on your time in Scotland what would you say were the high points of your life here?

RM: Funnily enough I became very friendly with a librarian, who was an awfully nice person, Eileen Ryan, who introduced me to youth hostelling and took me in 1947 to Skye. We cycled all the way to Skye, although part of it we cheated: we took the train from Fort William to Mallaig; we took the boat from Mallaig to Portree; and we took the post bus from Portree to Staffin and then we walked over the Quiraing over to Uig and back again and then cycled all the way back to Kyleakin and then took the boat. So I fell in love with Scottish scenery.

RM: I feel European, yes. In this present mode, I feel, I feel Scottish. I mean I tell everybody how wonderful Scotland is and tell them where to go and where to stay. Proud to be Scottish, proud to be British, but still since I’ve been drawn back into AJR…

INT: The Association of Jewish Refugees.

INT: You’ve got a lovely son and daughter and you also have grandchildren as well, which I think is wonderful.

RM: Oh, yes, OK when I became pregnant (just like my mother!) Fred said to me, “If it’s a boy, what shall we call it?” I knew he was devoted to his father, who had died two years previously, I said… well his father was just Willy Goldschmidt.

I said “Willy of course, but he must be William on his birth certificate”. But when he went to Hutchie [Hutchesons’ Grammar School] the headmaster simply said, “What’s he called?” and I said “Well, Willy”. His headmaster said, “Well he’ll be Willy here as well”. Anyway Willy came first and then when my daughter was born. Of course I named her Elly after my mother, although she’s Eli-nor (E-L-I-N-O-R) but she’s Elly after my mother. And then so Elly has five children in Israel, four of which have been to the army and the youngest is just getting ready to go. And Willy also married out, to a nice lady who had had three children before…but anyway gave him two wonderful daughters.

INT: Which is lovely.

INT: Thank you so much. We have thoroughly enjoyed speaking to you. 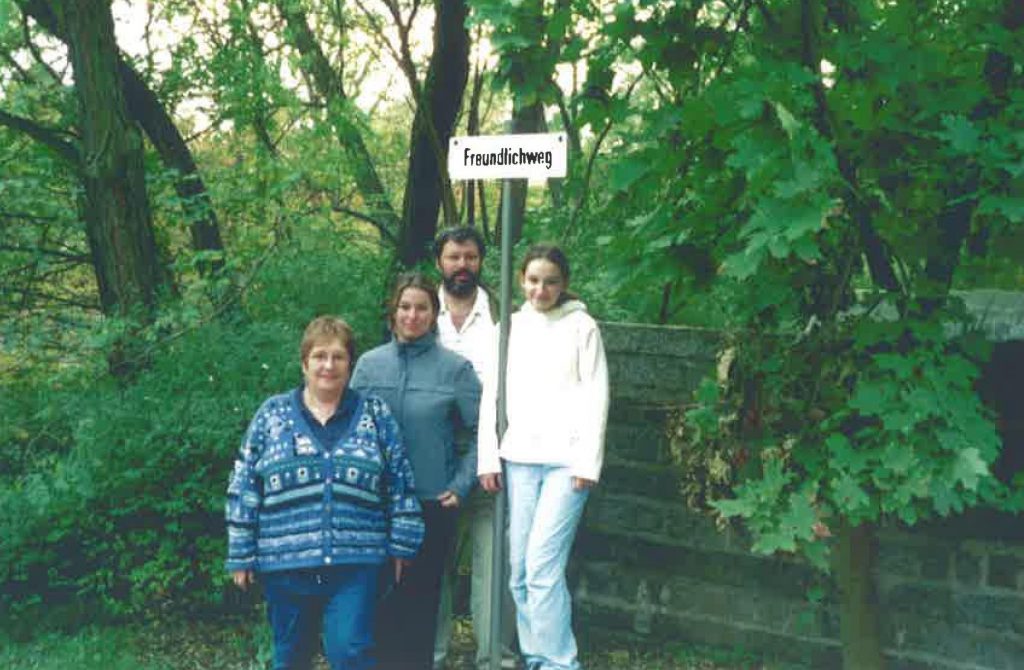