Rita explains why she got a job in a bank despite her lack of knowledge of Scottish banking. She describes how she first met her dear husband through a Christian Youth Centre and their very romantic first encounter. She also explains how she finally discovered her mother’s fate.

INT: So tell me about your education. Did you stay on at school? Did you go to university? What happened?

RM: No I didn’t. No I wasn’t academic at all. I wasn’t very clever at all; I didn’t study, as I should have done.

INT: I’m sure the whole trauma of your experience would have made it more difficult to do that.

INT: So what did you do then when you left school?

RM: I worked in a bank. One of my friends said, “You should write a letter and ask if you can work in the bank” because the people I was staying with were not very wealthy and I felt I was there and they were looking after me. I wanted to go and get a job and they said, “Well why don’t you write to the bank?” because this friend of mine worked in the bank. So I wrote a letter and said, “Could I have a job with you?” So I had a letter back from them, from the manager, saying, “Why do you want to work? How old are you?” I told him and he said, “Why do you want to work?” I said, ‘I want, I need some money; I need to work and help this family that I’m living with.”

So I was asked to be interviewed and they sent me a letter to go to the bank. Well I thought there was one bank in Scotland; I didn’t know all the different banks. I went to the Clydesdale Bank on Buchanan Street with this letter and they said, “Oh no you’ll need to go…it’s the Bank of Scotland up in George Square”. So I went up there and the manager was very kind, and interviewed me and he said, “Why do you want the job?” “Because I need money. I am staying with these people and I feel that I want to pay them somehow. [The manager said] “It’s 17/6 a week.” So he said “Well, we’ll give you a job”. So I started there in the bank and I was there for…until I was married.

INT: And how did you meet your husband?

RM: Didn’t know me, had never spoken to me.

INT: Oh that was, that was…

INT: And did you know once you met him that you were going to marry him?

INT: He was more certain.

INT: That’s amazing. And did you stop working once you got married?

RM: Yes. Once I was married I had to stop because he was in practice then and he needed me to answer the telephone, so I was his receptionist for a while.

INT: And you had a family?

RM: I had a boy and a girl, girl first and then a boy.

INT: And what was your husband’s medical specialty?

INT: Right, right. And by that time you said you discovered, you realised, that your mother wasn’t coming back. Was that because somebody told you or because you faced that reality?

RM: No I had a little booklet, which said that they were sent to Riga. They had to walk to Riga and she didn’t make it, and if they fell, I think they shot them. So she was buried in Riga in a mass grave.

INT: And who sent you the booklet? How did you find that out?

RM: It was a little booklet; I don’t know where it came from. It told me that my mother had gone.

INT: That must have been a terrible shock to you.

RM: It was awful.

INT: And your husband knew that you’d come from Germany and your background?

RM: He knew, he knew and his mother wasn’t very happy about him being interested in a refugee girl. That was difficult for a wee while but she soon got to know me and love me and she said, “I know…” – once we were married – “…”I know he’ll always have a clean shirt”.

INT: You can’t take the German out of a German can you? 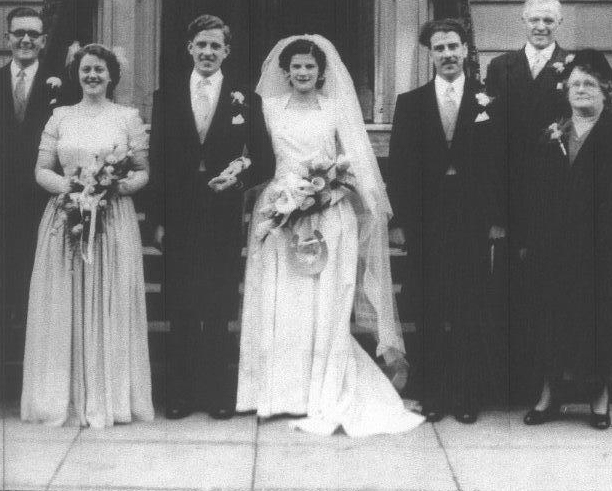