Rita describes her new life in Rutherglen, Scotland. She talks about the difficulties and challenges she faced and the impossibility of remaining Jewish in this new environment.

INT: And whereabouts in Scotland was that? [Where were you taken?]

INT: Ah, and that’s why you ended up here?

RM: That’s it. But I couldn’t speak English and I was very unhappy because I kept saying I must wait and see my mother, but I didn’t.

INT: And that must have been difficult for your guardian as well?

RM: It was, very difficult. She said, “You cried morning, noon, and night”. And kept… she kept saying to her husband, “This child is going to be ill. We can’t keep her” and he said, “Just… just be patient, she’ll be all right”.

INT: They must have been very good people.

RM: They were, very kind. But the husband developed cancer and he was only there a year.

RM: I was only there a year when he passed away.

INT: And did she have other children of her own?

RM: She had a son, much older, who had epilepsy and that was terrible to see. I’d never seen anything like this before.

INT: And did you stay? Did you stay and grow up with this lady?

RM: I stayed there until I was married.

INT: I see. And where did you go to school?

INT: And was it difficult for you to learn English or did you find that you picked that up very quickly?

RM: Very difficult, very difficult but I had to learn quickly because nobody spoke [German]… So I just had to get on with it.

INT: It’s interesting you have no accent at all.

RM: You think not?

INT: I think…I don’t notice an accent at all. So that’s quite impressive. And what did you think of Scotland when you first arrived? Did it seem strange or familiar?

RM: It seemed very strange. My uncle, who was also a refugee, at that point he was in London, he said “You’ll see tram cars that you can go upstairs; you’ll see fish and chips in a paper, newspaper; you’ll see all sorts of funny men with skirts”, kilts, I’d never seen before. So it was all very new to me. And it was just one of those funny things.

INT: And the other children at school were they nice to you? Did they think of you as a foreigner? How was that?

RM: A lot of them…it was just before the war, the 3rd of September the war started, and a lot of them were not nice at all. They said, “Oh you’re German, dirty dog” and it wasn’t pleasant. But one boy in particular who decided to look after me, he was the ruffian of the school, who looked after me very well and if anyone came near me he dealt with them.

INT: That’s always the safest to be the friend of the scary one.

INT: That was something. And how long did you take before you stopped crying and began to cope with life here?

RM: I think when I went to school; I had to get on with it. And they kept saying “Your mother will come” and I believed them. She didn’t. She never did. Never saw her again.

INT: And once you were here did you mix with any other refugees? Did they make any effort to introduce you to any?

RM: Not really, no. Not really. I didn’t meet any until I met Dorrith Sim because of my paper to be naturalized. I went to her, so I found her, so that was nice.

INT: So Rita once you were here, you knew you had been Jewish, I assume you knew about your background. What happened to that aspect of your life?

RM: The first Sunday I was there, the lady I was staying with said, “We’ll get ready for church.” And I said “Oh no, I don’t go to church, I go to synagogue”. She said; “You’ll go where I tell you my lady”. So I had to go to church and I sat at the back and I thought, this isn’t right, but what could I do? So I sat there and had to listen to what was going on.

INT: And that was that?

RM: That was that.

INT: And did nobody from the Refugee Committee or anybody come and see you and see how you were getting on?

RM: No what happened at Pesach, a man came and he said I’m going to send you matzo and you eat that and I stupidly said, “How can I eat matzo at one side of the table and you eat bacon and egg at the other side? You’re unclean.” And she said “Don’t you dare call me unclean!”. But you know what I meant, she didn’t.

And I said, “Well, when you eat matzo you clean the house thoroughly, all the bread goes”. So that wasn’t very good. So this man left all the matzo for me and that was that.

RM: That was difficult.

INT: So once you got used to Scotland, did you forget about Germany or was that still very strongly in your head?

RM: Very strongly in my mind because I was waiting for my mother and the people I was with said, “Why don’t you let us adopt you and change your name?” Their name was McMichael and my name was Strassmann. I said “No, my mother would never find me if I changed my name, thank you I’ll just keep my own name” which I did until I was married. 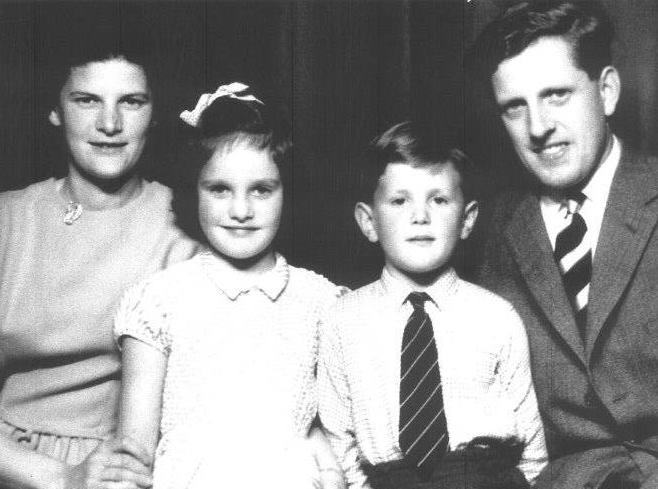 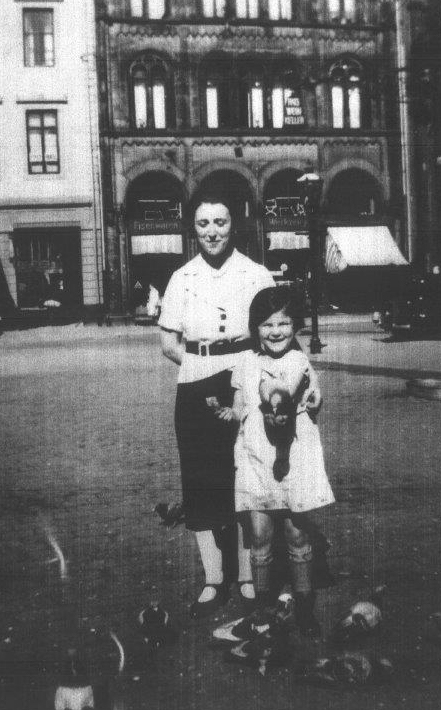 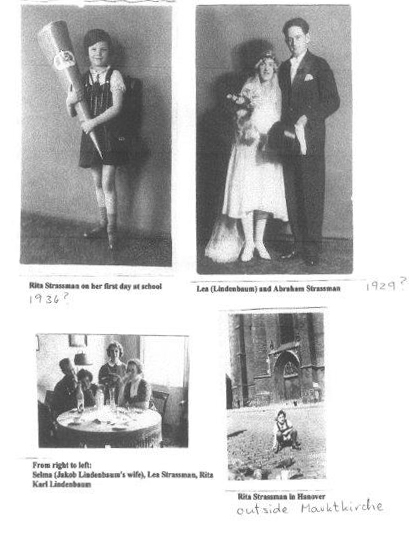