In this section Bob describes his childhood. He was born in Germany into a Polish-Jewish family. The family moved to France and then to Italy when Hitler came to power in 1933.

INT2: When were you born and what was your name when you were born?

BK: My name was Norbert Kutner, and I was born on the 13th of January, 1924 and in a place called Chemnitz (C H E M N I T Z) in Germany. Chemnitz is near Leipzig…

INT2: Yes, I was going to actually ask where it was near?

INT1: And your family in fact had… were they Germans or had they…

BK: My parents were probably not for the better, for the worst were Poles. So we were really Polish, Jewish immigrants… from Poland. I was born in Germany though.

INT1: Now I’ve heard before about your early years. I know that you’ve had a most exciting set of experiences that eventually did lead you to the UK. So, would you like to tell a little about them?

BK: Yes. Most are in my book, but since the listeners probably won’t have read the book and, yes, first of all… um… in Italy, under Mussolini, we were

refugees from Germany, to France to Italy. Cos France was just as bad. And in Italy we came under Mussolini of course. Um… and then my brother, not…I got into political trouble and he spied for the French. So he was caught by the Italians and put in jail at the age of 19 or 20. I can’t remember. And he served… sorry, he was sentenced to 30 I repeat, 30 years imprisonment

INT1: What was he doing… in what way was he spying?

BK: He was spying for the French and sending information from Italy on… this is unbelievable. He was told to count the number of military aircraft; bomber aircraft…

INT1: Can we go back again now, where… maybe I should have begun with what happened after um… I suppose it must have been after Hitler came into power in Germany, how did it affect your family and then what then happened to you?

BK: To the best of my recollection, remember I was 9 years old, 10 years old; and Polish Jews, foreign Jews knew they were in for a hard time under Hitler who had come to power in ’33

BK: Um…. German Jews thought they were safe – they had been in the war fighting for Germany, they’d had their medals, their ribbons so they thought, “we’ll be alright. But these bloody, dirty Jews from the East let’s get rid of them.” Believe me the German Jews were as pleased to get rid of us as the Nazis were. So my father had to make the decision to stay or run, and we ran which was the best decision he ever made because they caught up with the German Jews soon after.

So we left Germany, and by the way stop me if it’s too detailed but…

BK: …We left Germany and went to France to a small town called Neuville. It was a charming little town, and I remember there as a little boy it was a lovely, idyllic life. Everything a child could want; including a wonderful school, where I learned French from the bottom up with no difficulty and found that I can’t sing but I can do languages. So um, I went to school there and learned French pretty well, made a lot of childhood friends, and then my father went broke. He started a little business by Neuville.

My father was quite good at going broke as you find out in the later years. So we moved to Paris thinking that was salvation and, as many people know, Paris was as anti-Semitic as anywhere else, in fact, it was highly organized anti-Semitism. The only thing is it was never officially recognized. The difference there was they didn’t give you labour permits or permission to do anything so you starved on your own quietly. I discovered, but this was afterwards, there was a Jewish refugee organization which took care of young kids like me. In my case they sent me to Switzerland to stay with a Swiss family for a few weeks and I fell in love with them. They were very good to me.

So I went back to France to the same misery, by the way we had one room and kitchen for the five of us. When you came in at night and switched on the light, the bed was covered in lice And have you seen lice- the little, tiny black things. I think they were black. Um and the minute you switch on the light they disappear – it was like bang bang magic. But the next morning all the blood spurts were all over the sheets

This I have a clear vision of – I was ten, eleven by then. Anyway that was awful life, awful, and my father couldn’t get permission to work so with little money we had, if any, went. Then my father got cancer and cancer in the middle thirties was something else.

It’s bad now but it was unbelievable, it was death sentence anyway and he was taken to a hospital that looked like… something out the movies, really horrible. I went to see him, it was very hard. And when he came home again, he came home to die. And I do remember, just happened to be the last son with him, and he looked at me and said, “Norbert” and died. Another memory, a definite one. And … then… the misery started in because we had no money. We couldn’t live. My mother took in lodgers, what doesn’t kill anybody, but she had to take in lodgers who took up most of our bedroom space in our flat in Italy. But anyway life in Milan had been pretty good until this thing with my father, and then it became terrible and then Mussolini started…

INT2: We thought you were in Paris

BK: Oh sorry, sorry, of course. Well we left Paris with great difficulty. Oh no… I been sent back to Switzerland again to those lovely people and stayed with them for 6 months. And then had to start school all over again- not the language, but the history, the geography, everything, all from the bottom. I was started in the bottom class but was promoted very quickly to my own level. So that was Switzerland 6 months in bliss with a wonderful family. The guy was quite an important big shot in his own village and it was lovely.

And they were good to me. And then I got word from my parents not to come back to Paris but to go straight to Milan. I started school again there, again from the bottom. All of it, the language and whole works. Again it didn’t come to me very hard. I wasn’t a particularly good student but languages yes

So that was life in Milan. And for a couple of years it was great until my father got cancer, then everything collapsed. As I said, my mother started taking in lodgers, and when…

INT1: You mentioned five of you… were you?

INT1: Brother…and were you the oldest?

BK: My big brother…no I was the youngest

BK: My brother was 6 years older than me, my sister four years older. My brother was very much the leader in every kind of mischief, he was the leader. So, when the Mussolini thing got very difficult because although, to begin with life in Italy was lovely. The Italians didn’t know from anti-Semitism. They had no idea, they didn’t want to know I think. But then suddenly because of pressure from Hitler, Mussolini introduced an official anti-Semitic policy. 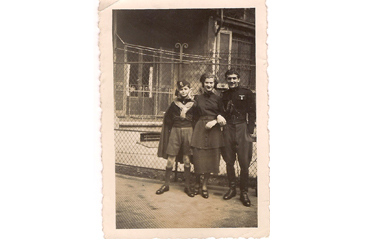 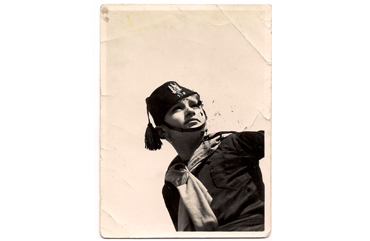 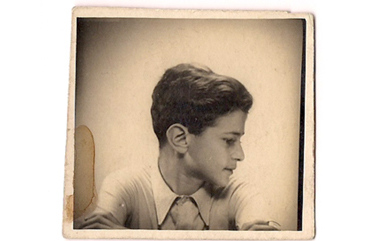