In this section Susan talks of going to Glasgow University and becoming a languages teacher. She was encouraged to go to Garnethill Synagogue.

Int : Did you decide after the year that you weren’t cut out to be a nurse?

Susan: No, I had two small children. They were going to be in my care for a long time so I wanted to have the same holidays.

Int : That was later. You didn’t have the children when you were nursing.

Int: You didn’t have the children when you were a nurse?

Int : You got married after that and then had the children.

Susan: Well it was half way through.

Int : And later in Glasgow am I right in saying that you were quite involved in politics, in the Labour movement?

Int : I think that’s great actually. How was it that you became involved in politics?

Susan: Through Annie Feuerman. Did you know her?

Susan: She was a cousin of Mr Kubie’s. She introduced me to the Carmichaels. Neil Carmichael, when I first got to know him he wasn’t an MP yet, but he became a Labour MP. He stood for Kelvin and I lived in the West End then.

Int : And you and Kay Carmichael became best friends?

Int : Was it difficult for a Jewish, Hungarian refugee to be involved in Glasgow Labour politics?

Susan : Well, you know, it’s difficult to answer that. There were so many things, after I got… I wanted to go to University. Dr Banyai, he wasn’t you know (a relative), it was my aunt who was the relative – he was an in-law- said only about a few weeks after I arrived. “I suppose you must have thought we were still as rich as we were in Vienna, so that we would put you through University”. Well, that finished it for me.

Int : A subtle way of telling you, I think.

Susan: So I went into Glasgow and I spoke to Annie Feuerman and she looked at the wording of my visa and it said that I could take no jobs paid or unpaid except jobs of national importance and they were of two kinds – one was to be a domestic maid; the other…

Int: Nursing. That’s when you when you went to nursing; that was before you were married.

Int : I’m sure you must be tired now, so my last question for you – I haven’t mentioned before or asked you anything about Judaism. Now, being Jewish caused you all that trouble in the past. Would you say it’s still significant in your life after you came to Scotland or did you just try and become an average Scottish Hungarian?

Susan : Well, I don’t know. If I’d married a Hungarian, it could have been different, but you know I didn’t, and it’s very difficult to say, and well, of course, there is the fact that although I have been to Israel, I think about three times, I stayed here. I never went to Israel [after the war.]

Int : You didn’t have much to do with Judaism at first, but then you met Dr Cosgrove, didn’t you?

Int: What did he say?

Susan : I said – again, I must have been very stupid, I don’t know how I got through University – I said, “They can choose when they are older. I am not going to give them anything, any religion”. And, if you get nothing, if you don’t get a choice, then you can’t choose from nothing, so, Annie Feuerman got me to go to – I think it was the Purím do – to Garnethill (Synagogue) and I got a tap on my shoulder, “Are you Mrs Singerman?” “Yes” and then, “9 o’clock, Sunday morning”.

Int : For cheder… Int: Those two children, yeah – that was Dr Cosgrove.

Susan: After that, when Dr Cosgrove commandeered them into Sunday School, Howard then got Bar Mitzvahed at Garnethill (her grandson, Alex, thirty seven years later, also had his Bar Mitzvah at Garnethill). Of course, Garnethill wasn’t the way it is now.

Int: It was very busy at our time, wasn’t it?

Susan: Yes, in the first year I only got a seat at the window.

Int: Now you could have a choice of seats.

Int: Thank you very much, it was very interesting and I know you taught for a number of years as well. Was that schools in the West End or did you teach all over Glasgow?

Int: You taught at The Girls High – French and German then at Knightswood and then you were Head of Department at Allan Glen’s for many years before you retired.

Int : Tell Angela what happened at your Graduation.

Susan: I used my maiden name because by then, right or wrong, I didn’t want to be any different from others, I wanted to be treated like everybody else.

Int : You didn’t want people making excuses for not doing essays because you had the children. You didn’t tell anyone you had children, did you?

Susan : When I was doing Jordanhill teacher training you had to be five weeks in the college and five weeks out, and I was sent to Hyndland and this was Howard’s last year. There was this Jewish teacher at Hyndland so she said, “Oh, the next class is through to the primary,” and so we went along and lo and behold who comes down the stairs but Howard – “Hi Mum”. So she said nothing, like the good Scotsman she is: anybody can make a mistake.

The following week, again we went to the same routine, and who comes along, Shirley, and then “Hi Mum”. So, by this time the look on her face was – anybody can make one mistake, but two!

Int : So you explained to her?

Susan: Yes, I had no choice.

Susan: Yes, with the rest of my class.

Int: Nobody knew it, and they said, “Who are these”, and you said, “My children”. (Susan deliberately chose not to tell her lecturers and classmates during her course that she had children as she did not want any special concessions).

Susan: As if, you know, they had to be washed up. 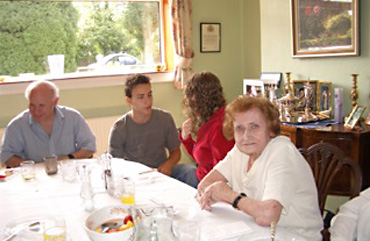 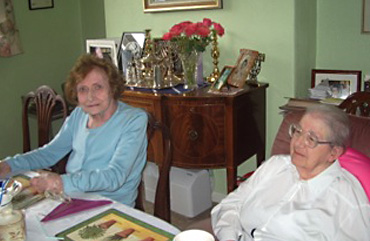 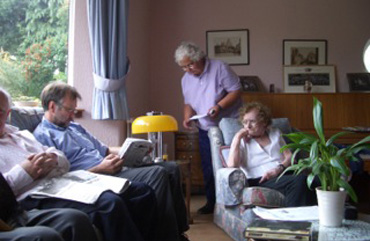 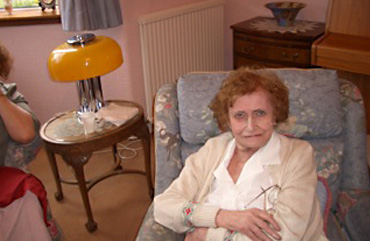 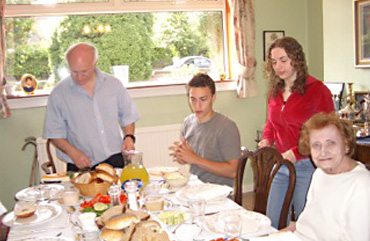 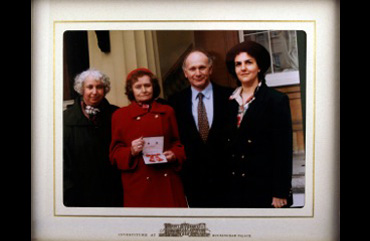